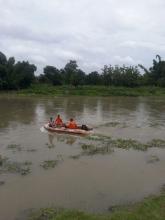 25 Jun 2018 - 2:26pm | AT Kokrajhar Bureau
KOKRAJHAR:  In a tragic incident two young girls were reportedly drowned in Longa River under Dotma Police Station at Maoriagaon village in Kokrajhar on Saturday evening. While one of...

16 Jul 2017 - 9:56am | AT News Guwahati
Electronic Media Forum Assam (Emfa), while condemning the physical assaults to two television reporters recently at the outskirt of the city, reiterated its stand in favour of a national protection...