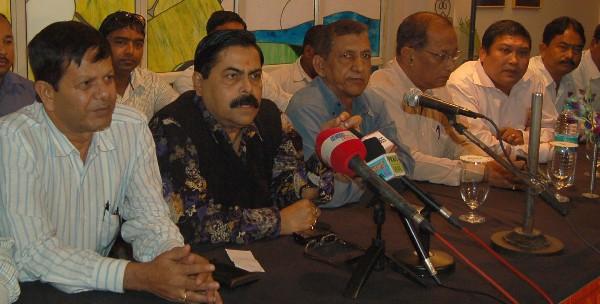 Following late night deadliest suicidal terrorist attack in Mumbai the economic capital of the country the England Cricket Board (ECB) decided to call back home their team. The ongoing 7-match Hero Honda Cup India - England ODI series also has been called off. In particular the Guwahati match has been called off was confirmed by Assam Cricket Association (ACA) Secretary Bikash Baruah this afternoon. In a press meet in Guwahati today at 3 pm ACA said that they will incur a loss of around 80 lakhs and they will claim the insurance company. ACA will also ask BCCI for legal procedures to reimburse the losses. ACA refused to comment on other aspect of the issue. However sources confirmed that sold out tickets will refunded in following days to come. Notably ticket sales were discouraging as there was no competition in the series as India was 5-0 up. It is the 2nd time in Guwahati that Indo-England match had to be called off. In 2005 Virender Sehwag and Andrew Flintoff men decided not play citing unfavorable playing conditions. However this news has left cricket crazy fan upset.

25 Aug 2012 - 4:41am | editor
Karnataka deputy chief minister R Ashoka is arriving in Guwahati on Saturday on a goodwill mission. Ashoka, who also holds the home portfolio would be accompanied by DGP Lalrokhuma Pachua along with...