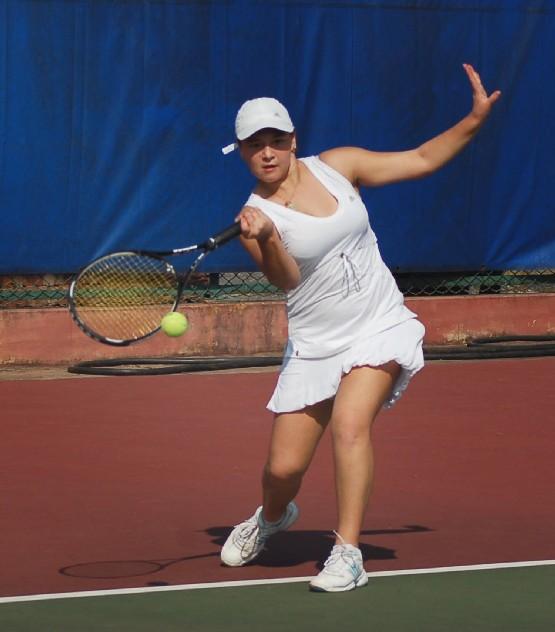 As the state is hosting international sports event in Guwahati, this winter city is witnessing international tennis ranking tournament. ITF Junior, the world junior ranking tournament for boys and girls started off at Chachal Tennis Court in Guwahati on Monday. The world level tennis championship is organised by the All Assam Tennis Association at their Chachal complex here.

Players from countries like France, USA, Russia, Kazakkistan, Kirgistan along with host India will be seen action in the six-day meet. Competitions will be conducted in both singles and doubles for the boys and girls.

The singles competition in both the categories will have 32 draws which will have 24 direct entries.Meanwhile, Rakesh Thakkar, Om Dalvi Mesh, Tushal Thawani, Sagar Manjunath in boys section and Shruti Jaiswal, Noor Paul, Parminder Kaur, VKC Visekh in girls section have qualified for the main draw from the qualifying round which was completed today.

Local boys Rupam Gogoi, Sidhant Deka along with girls Pamir Gogoi and Sunaina got wild card entry in the championship. The winners will get 30 points while the finalists will earn 20 points.

21 Oct 2014 - 9:44am | Rituraj Phukan
A group of nature lovers rescued an elephant calf from Mezigaon in Parkup along the Nagaon-Karbi Anglong border on Monday night much to the delight of a section of local residents.Acting on...

26 Dec 2017 - 4:36pm | AT News
DUDHNOI: A local court in Dudhnoi granted bail to Akhil Gogoi three days after the police arrested him in a case and brought him from Dibrugarh. The Chief Judicial Magistrate on Tuesday heard his...