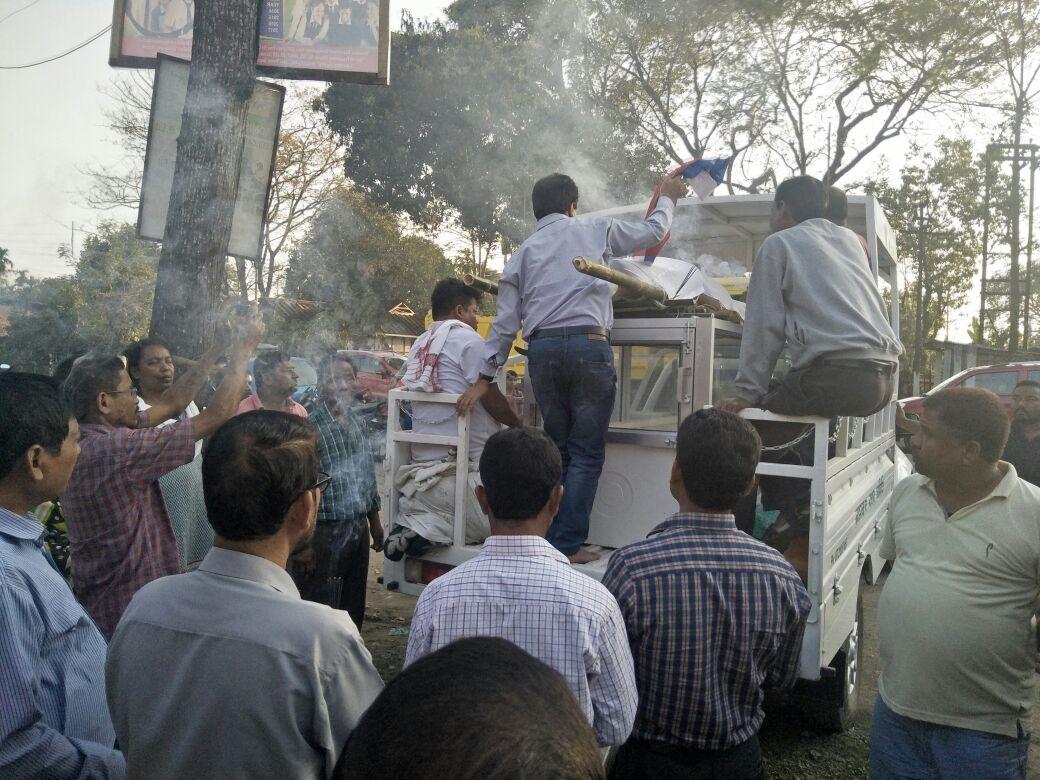 The end came in the wee hours at the BVFCL Hospital where he was admitted as he complained heart ailment.

His partymen along with many local residents paid their last respect before the mortal remains consigned to flames in the afternoon.
Local AGP, BJP leaders and prominent people at a meeting heaped huge praise on Baruah and condoled his sudden death. Baruah is survived by his wife, three daughters abd a son.

15 Jul 2016 - 3:24pm | AT Kokrajhar Bureau
Hundreds of citizens from different parts of Bengtol area participated in a peace rally organised in Bengtol on Thursday in Chirang district,demanded unconditional released of arrested two teachers,...