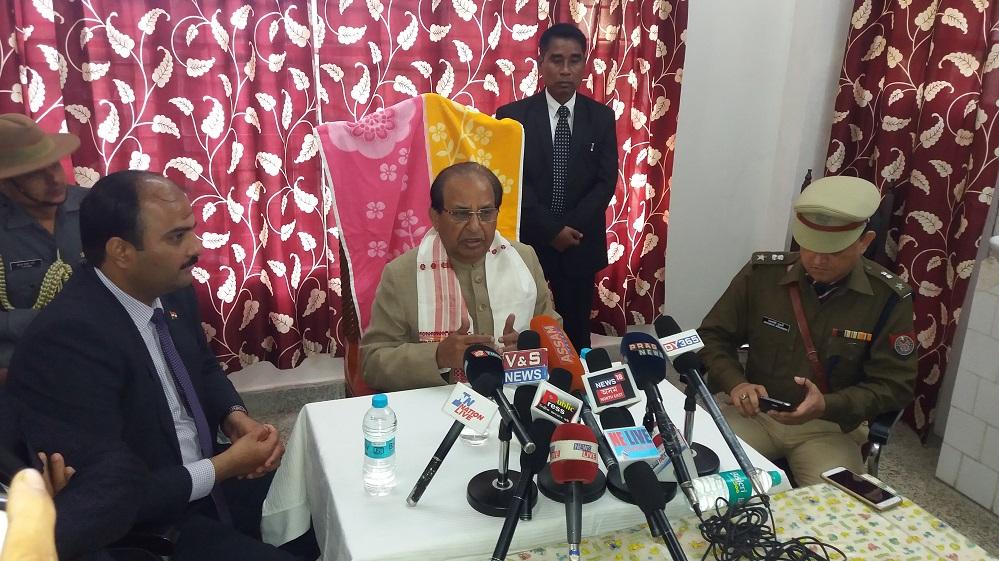 Addressing a Press Conference, Mukhi said,"the Government is providing enough funds to the North East region, government's dream is to develop NE region which was left behind by the previous government's."

"The work of previous government was not visible and was as chicken neck, but it's now high time the connectivity of North-East region whether it may be in case of railway,digital will be developed and explored to all the Asian countries.", he added.

He further said,"Guwahati will be developed as Digital Hub and within 31st March all the state capital of North East will be connected by flight with Guwahati."

In Connection with National Register of Citizen, he said,"NRC is an revolutionary step, every citizen of Assam should be happy with this, every state of India should have NRC."

"I appeal the people of North-East and Assam to fully Utilise the opportunity provided to them and contribute in all the sector's.", he added. 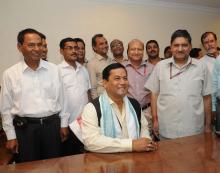 27 May 2014 - 5:33pm | AT News
Sarbananda Sonowal took over as sports and youth affairs minister in New Delhi on Tuesday a day after he was sworn in as minister of state of independent charge. Sonowal, the state BJP...

26 Dec 2010 - 2:24am | Ranjan K Baruah
The first annual general conference of Assam Gramin Vikash Bank Officers Federation (AGVBOF) was held at Guwahati on 25th December at city hotel in Guwahati. The conference began with the delegate...