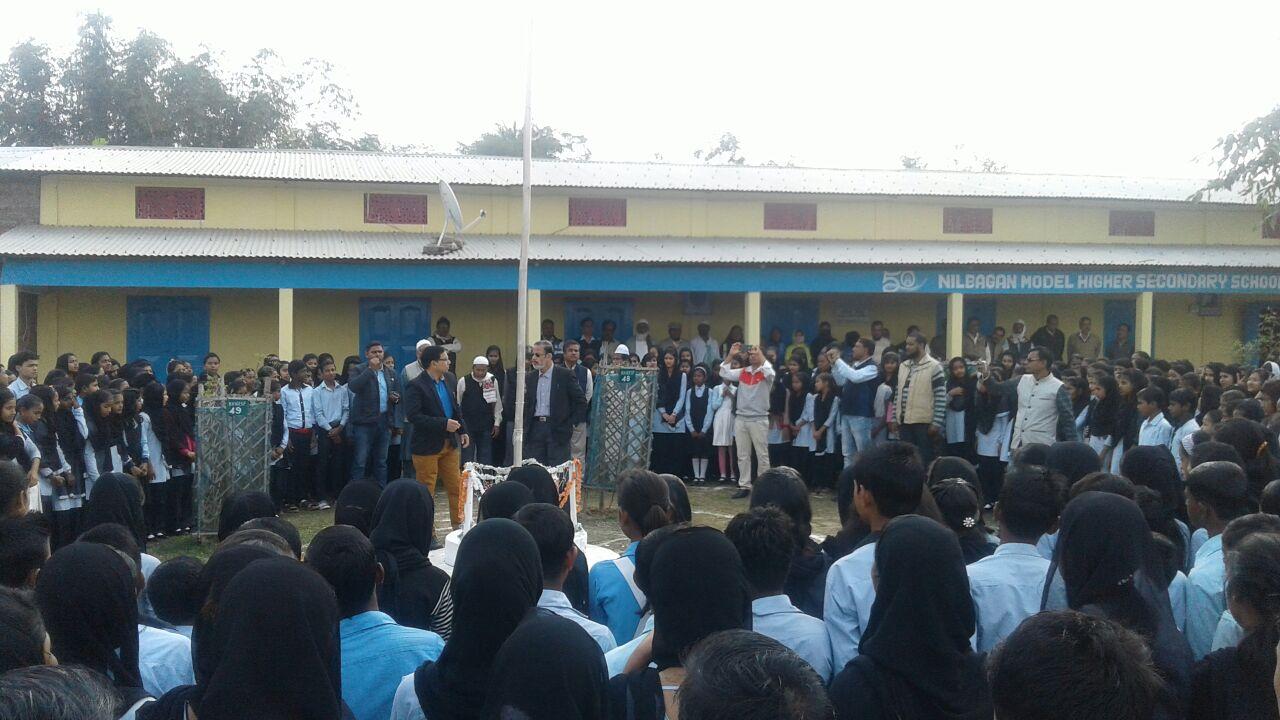 Hojai: The third phase of Gunutsav gets underway in Hojai along with some other districts in the state. The occasion has generate no less fervor in the schools under Jugijaan block. In Nilbagan Model Higher School, the Gunoutsav began with Swachtta Abhiyan where teacher's and student's cleaned up the school premises as well as Nilbagan Tiniali Road.

School principal Faiz Mahmud Barbhuyan and governing body president Alauddin Ahmed hoisted the school flag with the national anthem to be followed by exercise. Talking to Assam Times, ex students Kafiluddin Barbhuyan and Basit Alam Chaudhaury said," We are grateful to the government for organising Gunoutsav. This will increase the quality of imparting education in government school's and as a result  this will uplift the society." Senior officers from Guwahati, Nagaon and Hojai are visiting the school on Thursday.

23 Mar 2015 - 4:44pm | AT News
Students are thronging in thousands at Dudhnoi to join AAS’s 16th Convention which gets underway on Monday.Local AASU organizers told Assam Times that over 5,000 delegates from different parts of the...

26 Aug 2013 - 8:31pm | AT News
Chief Minister Tarun Gogoi is firm on his stand on the land-swap deal with Bangladesh.Talkin to reporters in Guwahati on Monday, Gogoi said that 665 acre of state land was under the possession of the...

12 Aug 2016 - 2:29pm | Sanjoy K Kakati
Normal life comes to a grinding halt in central Assam on Friday following a 12 hour bandh demanding the proposed AIIMS in Raha. Vehicles were off from the streets in Nagaon and  Morigaon...