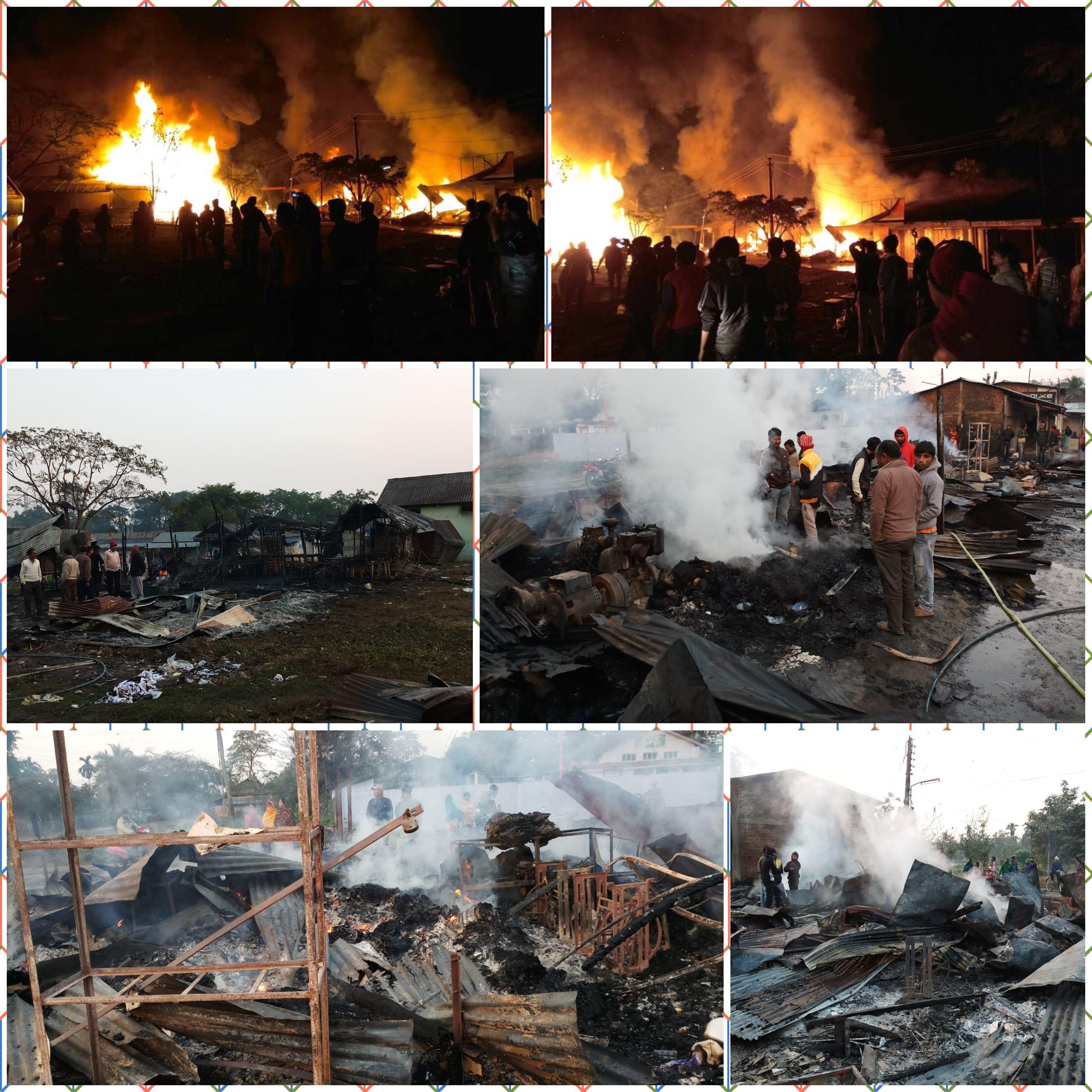 NAMRUP: Properties worth crores of rupees were reduced to ashes when the Daily Market in the BVFCL premises in Namrup caught fire on Friday.

The incident took place in the wee hours because of electric short circuit where at least 35 big and small shops were gutted in the huge fire.

Fire fighters from BVFCL, OIL, APL were deployed to bring the situation under control. But by then the inferno ravaged these 35 shops and stalls. Smokes are still bellowing from a number if shops.

The owner of the Rupkanya Stores,alone, claimed to have lost properties worth ₹45 lakh not yo speak of what the owners of Tarana Tailors claimed.

The real extent of damage, however, has yet to be ascertained. The police have been investigating the incident.

Tezpur gears up for Rahul’s visit

26 Mar 2014 - 10:02pm | AT News
Amid tight security, Tezpur is gearing up to receive Rahul Gandhi who will hold a huge rally to campaign for Congress candidate Bhupen Bora on Monday.According to schedule, the AICC vice president...