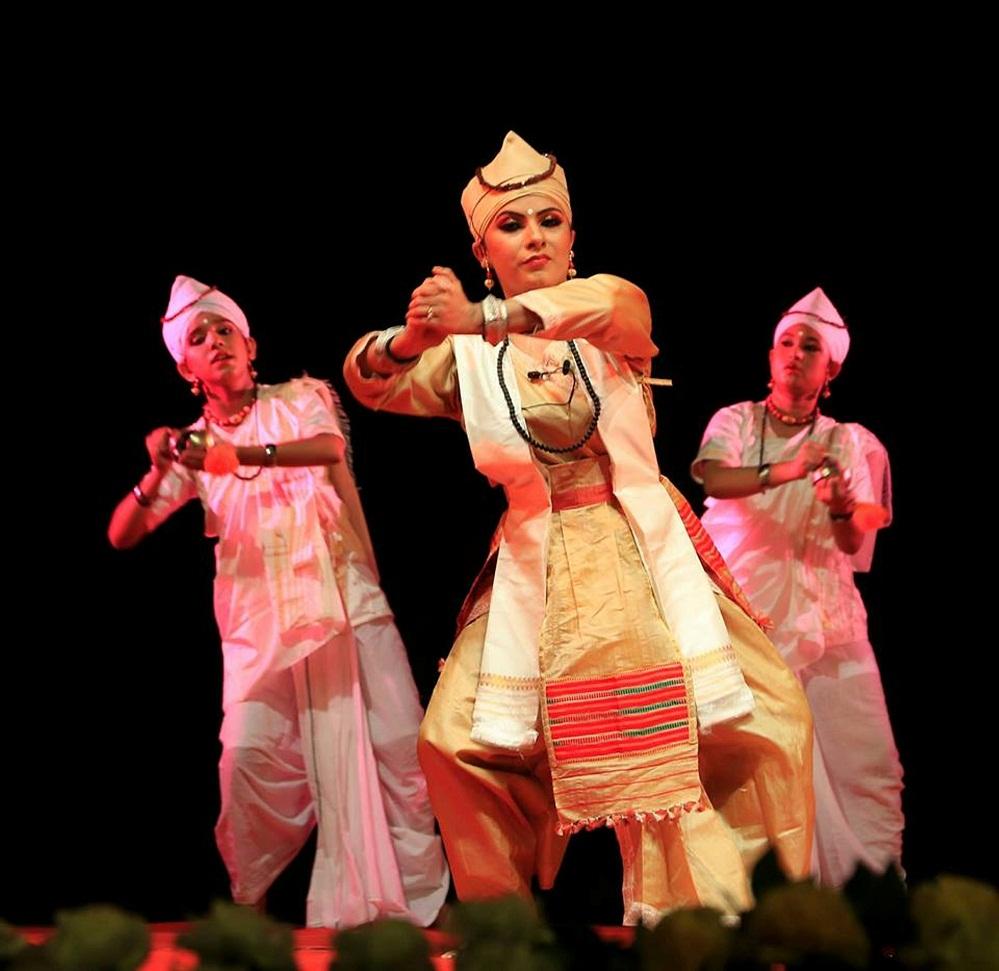 Recently, the audience at the Srimanta Sankardev Kalakshetra’s Sri Sri Madhabdev International Auditorium were treated to an evening of Sattriya Oja pali - 'Sampurna Apaal Poda Gowa', which was enacted for the first time by an all-female troupe, led by the versatile Sattriya exponent Kashmiri Hazarika Kakati, in the august presence of eminent scholars, gurus and danseuses, including renowned danseuse and Padma Vibhushan awardee Dr. Sonal Mansingh. Presented by Krishnam, the evening also saw the presentation of the Mahapurush Sri Sri Sankardeva-Sri Sri Madhavdeva Award 2017.


On the occasion, Dr Mansingh, highly impressed with the unique rendering of the piece, woven with the right mixture of Raga, Sloka, Geet, Pod, Diha, Baadya Kheyali, Upadesh and Abhinaya, urged practitioners and exponents of Sattriya to uphold its sanctity and tradition. It should never lose its core value in a haze of commercial considerations. In her speech, she exhorted everyone to promote and propagate this great cultural heritage at the world stage. She also stressed on the importance of the Guru-disciple relationship, which is always looked upon as the source of true education.


Directed by Muhikanta Bora Borgayan Oja, this exquisitely choreographed piece, accomplished with various Bhangimas and Mudras by a talented group of ladies, lead from the front by Kashmiri Hazarika Kakati, who essayed the role of the Oja, created a profound effect on the audience. While the Oja is the chief singer, the protagonist of the piece, the Palis take up the refrain and repeat what the Oja has rendered. Kakati displayed sublime technique and workmanship in a memorable performance as the Oja, giving it a distinct character, bolstered by the individual abilities of the supporting artistes.


The cultural evening was inaugurated with the lighting of the traditional lamp by the Satridhikar of the Uttar Kamalabari Satra, Janardan Devagoswami, who said that it was truly an auspicious occasion to witness this, and it’s high time that such a performance is propagated elsewhere in the country.


Nrityacharya Jatin Goswami, too, was eloquent in his praise of Kashmiri Hazarika Kakati and the team of performers. It’s for the first time that a complete performance of Sattriya Oja pali or what is viewed as Apaal Poda Gowa, has been enacted on stage. “It’s very difficult to execute Sampurna Poda Gowa, but Kashmiri Hazarika Kakati and her associates have accomplised the impossible and for that, they deserve every praise and appreciation," said Goswami. He also lauded Dr Sonal Mansingh, viewed as one of the high priestesses of the arts, for playing a great role in getting Sattriya the status of a classical dance form in the country.


The cultural function also included an award presentation by the socio-cultural organisation Krishnam. Gopiram Oja Barbayan, Uttar Kamalabari Sattra’s renowned Guru, and Sangeet Natak Akademi awardee, was honoured with the Mahapurush Sri Sri Sankardeva and Sri Sri Madhavdeb award for his outstanding contribution to the field of Sattriya culture. He was presented with a phulam gamocha, a citation, memento and rupees ten thousand in cash. In his speech, Barbayan stressed on the need for performing artistes and dance exponents to adhere to the correct form and grammar of Sattriya dance. Well-known writer and Sattriya researcher Karuna Bora briefly spoke about the characteristics and elements of Sattriya Oja pali.


‘Sampurna Poda Gowa’ was a fabulous treat and a rare experience for the audiences, who had gathered in huge numbers to watch the versatile Kashmiri Hazarika Kakati, who has brought laurels to Assam with a series of performances in cultural functions, held in various parts of the country and abroad, including the Rongali Bihu Festival held in Quwait in 2015 where she performed with guru Ramkrishna Talukdar, followed by a solo Sattriya recital - ‘Nritya Bharati - 2015’ in California, in the city of Los Angeles, USA, where she performed with renowned classical dance exponent Sobha Dhananjay in the item ‘Vande Mataram’. Kashmiri was conferred with the Satyabhama Yuva Dance Artiste Award while participating in the Bharatiya Yuva Shastriya Samaroh, held in Visakhapatnam in 2015. 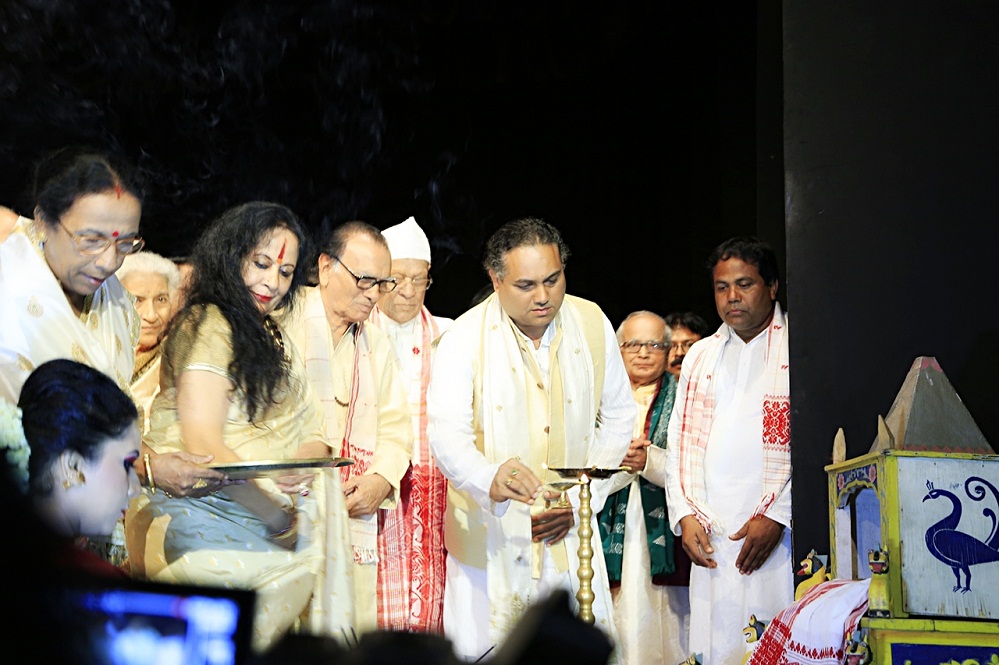