“There is no meeting of minds, no point of understanding with terrorism. Just a choice: Defeat it or be defeated by it.”
– Tony Blair (Former PM of Britain)

“Do not yield. Do not flinch. Stand up. Stand up with our President and fight (terrorism). We’re Americans. We’ll never surrender.”
– John McCain (US Senator)
The burning of coach no. S-6 & S-7 of Sabarmati Express at Godhra Railway Station (Gujarat) on 27th February 2002 which claimed the lives of 59 people including 25 women, 15 children and kar-sevaks returning from the kar-seva at Ram Janma Bhumi Mandir, Ayodhya, was pre-planned, the Nanavati Inquiry Commission has found. The killing of the 59 people by burning of the train triggered Gujarat-wide communal violence. The report states that about 140 litres of petrol was purchased by Razzak Kurkur and Salim Panwala to execute the conspiracy. As per the Commission’s report, Shaukat Lala and Mohammad Latika had possibly opened the sliding door connecting S-6 and S-7 coaches and entered S-6 through that door. One Hassan Lala had thrown a burning rag which had led to the fire in the S-6 coach.

This conspiracy was hatched at the Aman Guest House on the direction of Maulvi Hussain Umarji and executed by Razzak Kurkur, Salim Panwala, Shaukat Lala, Imran Sheri, Rafique Batuk and Shiraj Bala. The report concluded, “The conspiracy hatched by these persons further appears to be a part of large conspiracy to create terror and distabilise the administration”.

The findings of the Commission constituted by the Government of Gujarat in March 2002 and headed by Supreme Court Justice (retd.) G. T. Nanavati and assisted by another Justice (retd.) Akshay Mehta contradicts the findings of another panel headed by Justice (retd.) U. C. Benerjee which unequivocally stated that the fire was accidental and there was no evidence to suggest that the train carnage was pre-planned. The Benerjee panel was set-up by Railway Minister Shri Laloo Prasad Yadav. The first part of the report was tabled in Gujarat Assembly on Thursday (25th Sept. 2008) which evoked instant criticism from opponent political parties. The opposition in Gujarat Assembly was more upset to learn the report which stated, “There is absolutely no evidence to show that either the Chief Minister or any of the Ministers in his council or police officers had played any role in the Godhra incident”. The Justice Nanavati Commission has filed the first part of the two-part report. While the Commission’s terms of the reference is to probe both the fire on the Sabarmati Express at Godhra on 27th February 2002 and the post-Godhra riots that followed, the first part concentrates on the Godhra train burning. One looks forward to the second part of the report as well as the findings of the Supreme Court appointed Special Investigation Team (S.I.T.) for more comprehensive view of what happened during retaliatory mob fury in 2002 in whole of the state of Gujarat that left one thousand people killed, hundreds of houses and industries burnt and properties worth hundreds of crores of rupees destroyed, more so, the irreparable void created between both the warring communities – Hindus and Muslims. The team is supposed to file its report by December which is when the second part of the Nanavati Commission’s findings is also expected. One hopes they shed more light on Bharatvarsh’s worst religious rioting this decade.

Giving a clean chit to Gujarat CM Narendra Modi in the Godhra train carnage, the Justice Nanavati Commission said, “The kar-sevaks had not done anything and no incident had happened earlier which could have led to the incident which later on happened at Godhra”. The Godhra carnage also led to Gujarat’s first POTA (Prevention of Terrorism Act) case which booked 131 accused of whom 2 died in judicial custody and some are out on bail. Two prime accused, Salim Panwala and Farukh Bhana are absconding and presumed to be in Pakistan. The Commission holds Maulvi Hussain Umarji of Godhra as the mastermind of the train carnage.

Justice Nanavati completely dismisses the theory that a Muslim girl was attacked on Godhra railway platform provoking the attack on the train. He says, “Because the train was running late, they (Muslims) had to make some changes in their plan and circulate a false rumour regarding abducting of a Ghanchi Muslim girl. That was done in order to collect large number of persons near the train and induce them to attack it so that they get sufficient time to go near the train with petrol”. Justice Nanavati also asserts that, “the train did not stop on its own but it was made to stop by pulling the alarm chain from outsides” thus disputing the claim that chain was pulled from inside to stop the train.

The Congress, the Left and Laloo Prasad Yadav called it partisan. The Congress has described the report as a “murder of democracy”. The CPI (M) has called it “piecemeal”. Railway Minister Laloo Prasad Yadav has termed the report untrue and compared its findings with those of the Justice U. C. Benerjee Commission set up as an in-house panel by the Railway Ministry. The Benerjee report had concluded that the Godhra fire had begun inside compartment S-6 of the Sabarmati Express on 27th February 2002. The Nanavati report has, on the other hand, gone along with the findings of the police and eye witness accounts that have held that the compartment was set on fire by a frenzied mob that had gathered on the platform and, in fact, attempted to set fire to other coaches as well. Without going into an analysis of the Nanavati report, it is worth commenting on the perverse responses it has drawn from those politically opposed Gujarat Chief Minister Narendra Modi.

Not bothering to so much as study a report prepared by a former judge of Supreme Court, not caring to go into specific arguments and pointing out logical inconsistencies or flaws, the Congress – UPA and Left leadership trashed Justice Nanavati’s assessment. They have questioned the honesty and credibility of Justice Nanavati but offered no reasons for doing so. Such hit and run tactics could be expected from the familiar bunch of Left–liberal activists who have made a career of Gujarat bashing and who have said that Justice Nanavati has not “inspired much confidence”. This comes from mainstream parties that are running the Union Government. This is alarming.

Consider the hypocracy. The same Justice Nanavati enquired into the anti-Sikh violence following the assassination of Mrs. Indira Gandhi in 1984. On the basis of that Nanavati report, two Congress leaders, Shri Sajjan Kumar and Shri Jagdish Tytler, were put in the dock. Tytler was even forced to resign from the Union Government. The Congress accepted the report as did the UPA allies and Left. The cabal of professional civil right activists hailed Justice Nanavati’s dogged pursuit of the truth. In Delhi, he was a heroic judge, in Gujarat, he is an untrustworthy charlatan.

Till recent past in our country the judicial commission of inquiry had certain sanctity. It was left free of politics and its findings were debated, discussed, disputed and disagreed with – but not debunked wholesale. Even Justice M. C. Jain’s somewhat exaggerated study of the background conspiracy while going into Rajiv Gandhi’s assassination was taken seriously enough for the Congress to withdraw support to the United Front Government and force the country into an election barely 18 months after the previous one. Today, for the same party to ridicule a judicial inquiry and refuse to point out specifically which section it disagrees with, what evidence it feels has not been consulted and why it is flawed, is simply advanced applying all propaganda tactics. The Congress – UPA and the Left cannot denounce and rejec t a report simply because it doesn’t suit their political ends or doesn’t deliver the verdict they would have wanted it to. Tomorrow, the BJP – NDA could play the same game and Bharatiya jurisprudence would be the poorer for it. This is dangerous downfall of credentials of politicians, political parties and the Government. This will have demoralizing affect on legal and bureaucratic set up (judiciary and executive). 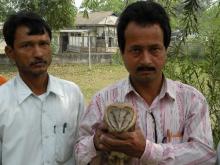 30 May 2016 - 9:44pm | Koushik Hazarika
Medical Entrance Examination (MEE) 2016 for admission to First Year MBBS/BDScourses in the colleges of the State of Assam shall be conducted by Dibrugarh University on 16th and 17th July, 2016 ....