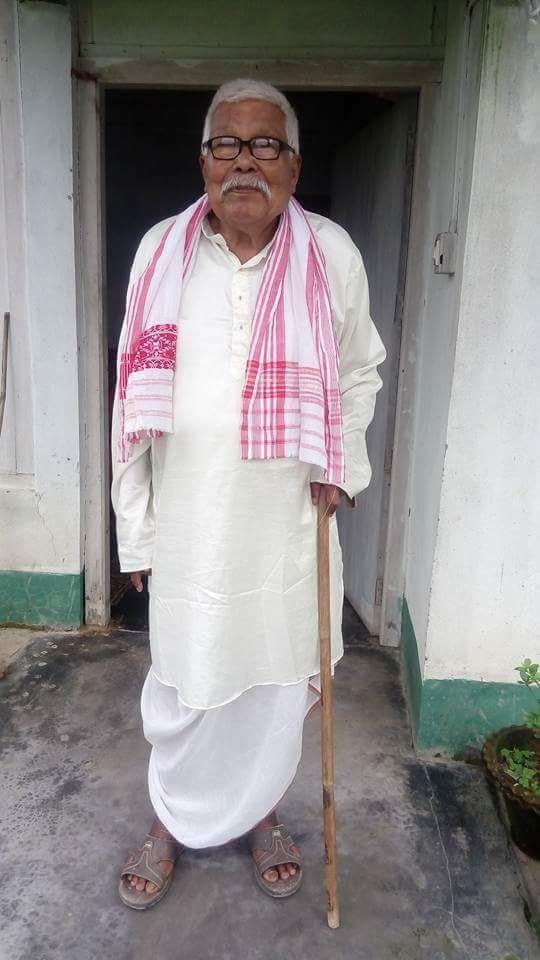 The Assam Government will confer Sukapha award to noted Tai scholar Bimal Borpatra Gohain on Saturday. Chief minister Sarbanand Sonowal will give away the award at a function in Tipam, Jeypore in  Dibrugarh district on the Assam Divas.

Born in 1930, Borpatra Gohain started his higher studies in Jorhat J.B. College and in 1956 joined the service as a science teacher in Simaluguri  High School.

Then in 1981 he  took the lead of the All Assam Tai Sahitya Sabha. He wrote many books on Tai Literature and on their tradition as a" Furalun , Ahom Bhasa Nidorkhon Puthi, Lik Pan  Khum Tai Ahom , Sumfa  Room San Moung".

1 Jan 2019 - 8:48pm | AT News
Nearly 200 political parties and organizations have started vehemently opposing the Citizenship (Amendment) Bill, 2016 in many forms after JPC set up to study the controversial Bill approved it to...