With technology taking grip of the globe and for global exposure of the guild Guwahati Artist Guild (GAG)- one of the oldest association of artists that was initiated in the year 1976 has officially launched its website www.gauhatiartistsguild.org.in yesterday here at Guwahati Press Club. The founder General Secretary and veteran artist of Assam Benu Mishra formally launched the site by right clicking the mouse and open the home page of the site in a small gathering of intellectuals, media and public. The institution is among the fore runners in the field of Art & Culture in North east India. 'GAG' as it is warmly addressed has emerged as a leading premier art organization providing a platform to promote Art of North Eastern India to the entire world. The Gauhati Artists' Guild presently has over 65 members, 07 life members and an enormous list of students. The alumnus has a good number of versatile & talented young artists who has taken the Art scene with confidence and zeal and has emerged into the World of Art to carve a niche and create their own space.

I am travelling to Guwahati

Permalink Submitted by vinayak bahuguna on Sat, 05/04/2014 - 12:47
I am travelling to Guwahati around mid June and would very much like to meet as many members of the GAG as possible over a 2 day period. Could I get a contact number/other details to plan my trip better.The objective is to promote Art from all corners of India and make it commercially exciting for Artists. 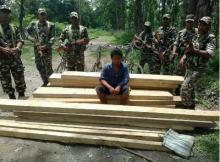