Mini-Hockey Stadium coming up in Hojai 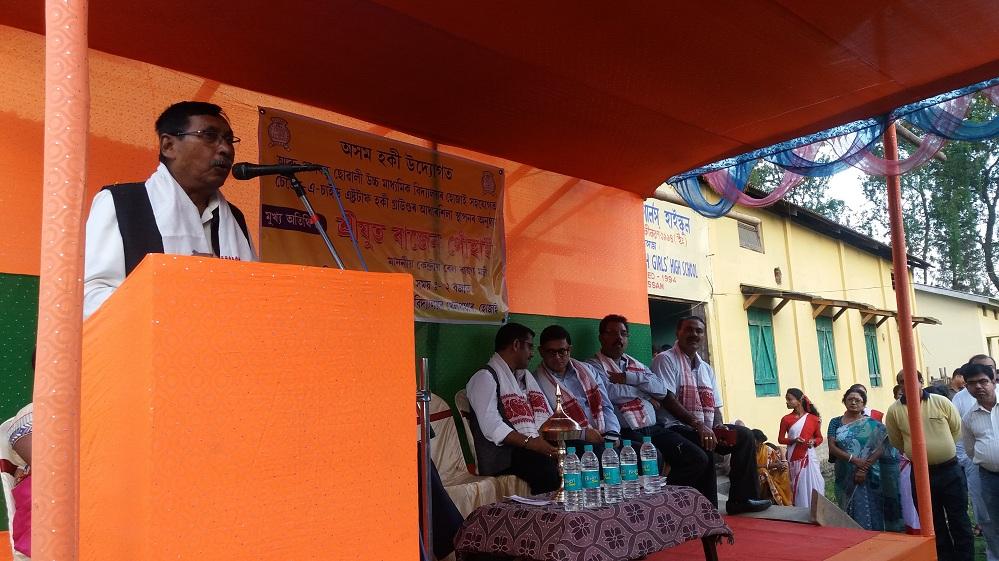 In a brief meeting, Gohain said,”Our Children's have many hidden talents, this mini-hockey stadium will be very helpful in bringing up some of those, from this region."

Mukesh Agarwala, Assistant Director General of Police said," A mini-hockey stadium in hojai is a good news for all the sports lovers of the district."

He further said,,"National Sub-Junior Hockey tournament in Hojai is going to be organised on January 2018 which is again a good news, If the ambition are directed by the hockey federation like this in right direction, then the name of Hojai will be recognised one day in the nation."

A memorandum was also handed over in the meeting to State Railway Minister Rajen Gohain by the people of Jamnamukh and kampur area.

“We have requested the minister for making an arrangement for the stoppage of Nagaland Express(Train No 15669/15670) or a new Demu train at Jamnamukh and Kampur railway stations for the convenience of daily commuters mainly college students and Govt. employees.",said Mritunjay Ray, a teacher.

8 Jan 2016 - 6:18pm | Shajid Khan
National Pioneer College, Tangla one of the pioneering junior colleges of the entire district and state which had produced excellent results in recent years had organized a quiz competition among its...

17 Jun 2014 - 11:50am | AT News
The Medical Council of India has not cancelled the recognitions to the Jorhat Medical College and Barpeta Medical College. This was what health minister Dr Himanta Biswa Sarma said on Monday....

Cry for Bodoland: 35 hr Assam bandh from May 7

3 May 2012 - 11:32pm | editor
A conglomeration of around 45 Bodo organizations calls a 36-hour state-wide strike has been called from May 7 to intensify the demand for a separate Bodoland. According to the leaders, forty-...