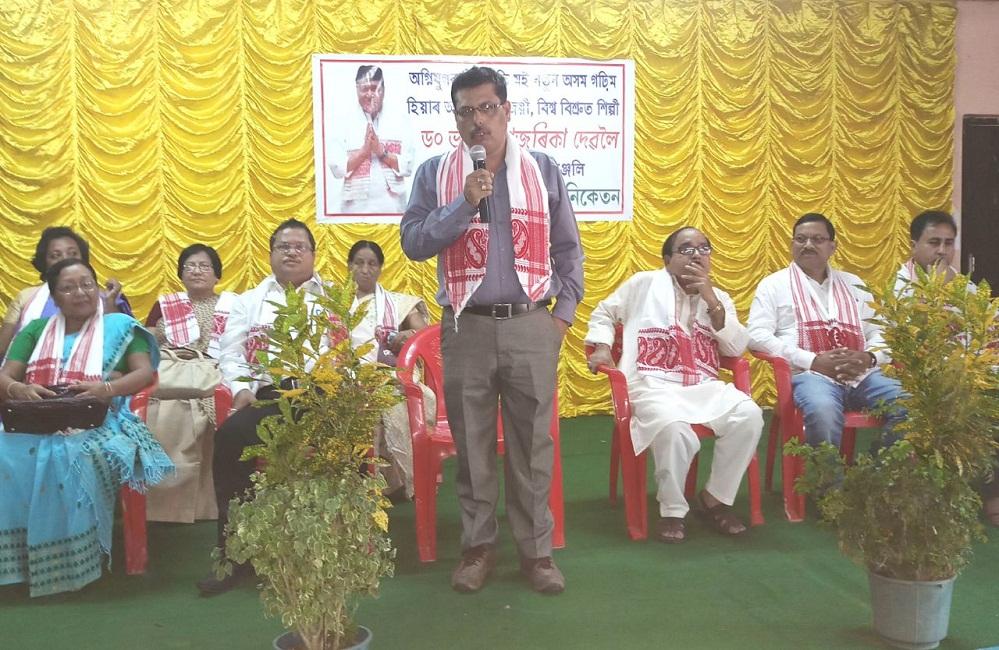 Namrup also paid homage to Dr Bhupen Hazarika on the  6th death Anniversary of the Music Maestro on Sunday along with other parts of the state.

under the chairmanship of Smrity Rekha Kalita Secretary of Swargam kala Niketan Namrup.

In his speech, Pranab Kumar Bhattacharjee said, “The songs of  Dr. Bhupen Hazarika are the songs which is filled with energy  and the young generation , students and every people should learn ."

4 Nov 2012 - 6:40pm | SK Hasan
A large numbers of local guardians of DPS Nazira staged a dharna in front of the Head office of ONGC, Nazira on October 31, 2012. The allegation is that the school is going to abolish the Assamese...