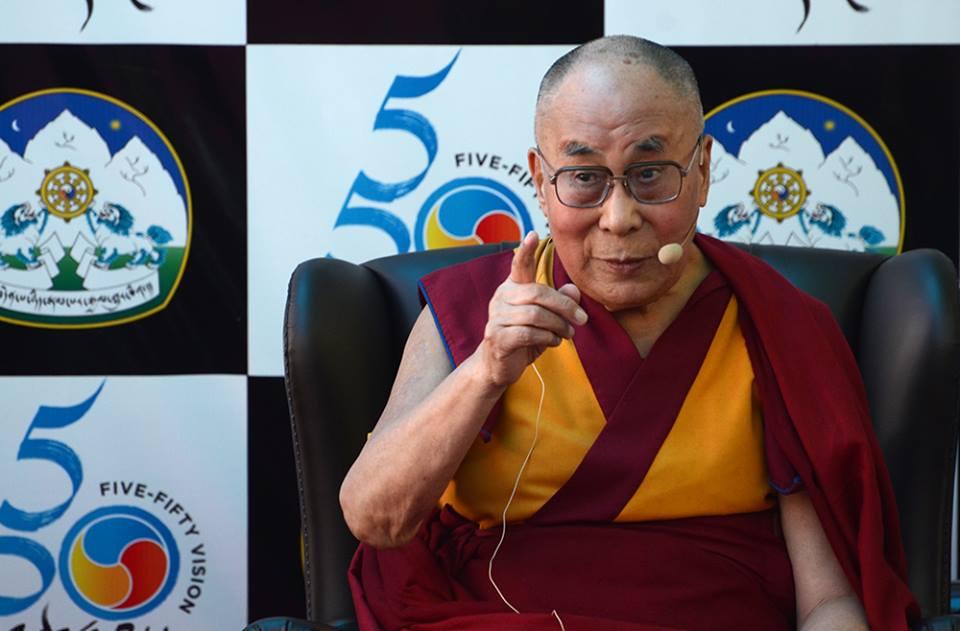 The Dalai Lama here on Wednesday stressed on peaceful solution for every problem and expressed his belief that world peace begins with inner peace.

The Tibetan spiritual leader was in the Manipur capital city in his maiden visit to the state. A grand reception function “Peace and Harmony” was organised by the state government to honour the Dalai Lama who arrived here on Tuesday in a two-day visit to the north-eastern state.

At the event, he noted that the European countries ultimately grouped together to form the European Union after they learnt that nothing comes from war. The Dalai Lama stated that violence and conflict are pointless because bring no any good result at all.

Peaceful solution to every problem is the right step of everyone. Respecting others’ beliefs is very important, he said.

The Dalai Lama said harmony among different religions is very essential, adding that all can serve humanity to bring inner peace.

“We’re same human beings, no differences. You and me, we’re same. Everyone has the right to carry happy life,” he said.

Commenting on diverse beliefs, the Dalai Lama cited India as the example and said that besides home-grown different Dharma traditions—Sankhya philosophy, Jain philosophy, Buddhist philosophy and then later Sikhism are all home-grown religions of India.

Addressing media here the Dalai Lama emphasized on the importance of media turning aside from reporting violence and other incidents urging the media to make peace and harmony among different communities by making it a focal point with their major role.

19 Sep 2014 - 10:12pm | AT News
Good news for the entrepreneurs. Courtesy Tarun Gogoi. The Chief Minister on Friday unveiled the Angel Fund floated to help first generation skilled youths to set up micro and small enterprises. He...