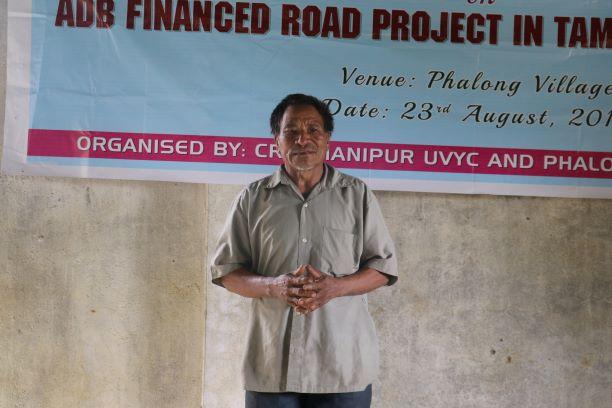 The Centre for Research and Advocacy, Manipur and the Phalong Village Authority organized a community meeting on "ADB Financed Road project m Tamenglong" on 23rd August 2019 at Phalong Village, Tamenglong District, Manipur. The community meeting was organized to assess the implications of ADB financed road projects, especially the Kangchup to Tamenglong road project in Manipur The villagers of Phalong (Bhalok) part I, II and III attended the meeting and deliberated on the social, environment and other implications of the road project in their respective villages.

I lutenkum Panmei of Phalong Village expressed that the villagers are elated and much hopeful with the road project to connect with !what and Tamenglong Town at ease, but he said the project rather destroyed villagers' agriculture land, water stream, forest in massive dumping of the earth, rock and other debris from hill cutting for the road. With this, many villagers can no longer cultivate their agriculture land due to rocks and debris piling up on their fields. Water sources are destroyed by the debris and streams are also deprived of fishes and crabs. Mr. Khiamthiuwang of Bhalok Village said Jhum field areas are destroyed and green landscape are turn into reddish slopes with vulnerabilities for landslides. Villagers offered land for dumping of earth & rock which project authorities ignored and directly dumped in villagers land and water sources.

Mr. Disinglung Panmei, Secretary, Phalong Village Authority expressed concern that the settlement area of Bhalok of more than 40 households of Phalong Part III will be displaced by the road project. Villagers are worried of the non-provision of information by the Government on the rehabilitation and resettlement of villagers to be displaced by the project.

Mr. Keiritong Panmei complaint that the meagre amount sanctioned for some of the affected villagers for loss of their crop is far too minimal and simply disproportionate to the damage inflicted by the company to their agriculture land. Guikindin Parunei, Development Chairman, Part Ill, said that Seventy percent of their land has been damaged in Bhalok village. The development Committee submitted letter to the project manager of the road project and district administration to address villager's grievances, but there have been no positive responses. Villagers are uncertain if the company will ever compensate the villagers for the loss of their land.

Ms Kadidinliu, women representative of Phalong Village shared that the company and the government need to fulfil their promises to stop destroying water sources and to repair the water sources destroyed before the coming winter. The village women folks will be compelled to act against the company, especially in Part ill

Mr. Jiten Yumnam, Secretary, Centre for Research and Advocacy shared that the Government of Manipur and the corporate bodies involved in the ADB financed Kangchup to Tamenglong Road project should minimize all forms of social, environmental and other impacts on communities and emphasized the need for full compliance to the ADI3's Safeguard policies, especially to improve the lives of indigenous communities affected by projects financed by them as outlined in Indigenous Peoples Action Plan, prepared for the project.

The Villagers attending the meeting resolved to apprise the Government of Manipur and the Asian Development Bank to desist from direct disposal of earth, rocks and other debris from road cutting in their agriculture land, forest and water sources and to address their grievances. The villagers also resolved to urge the Government to compensate for the loss of their land and other survival sources before acquiring their land and work commencement & to consult and take consent of villagers in the project implementation and in addressing the impacts and grievances of affected communities. 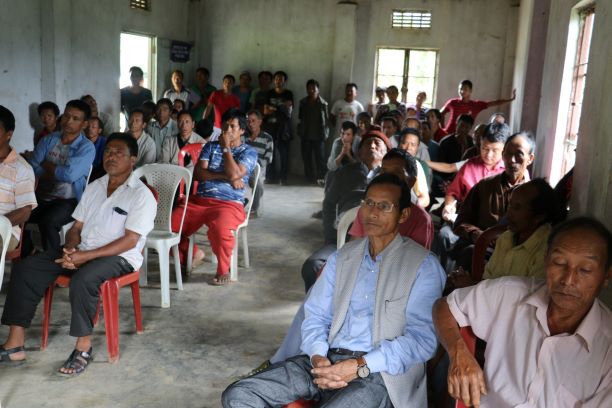 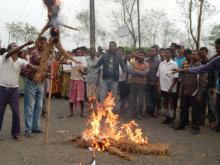