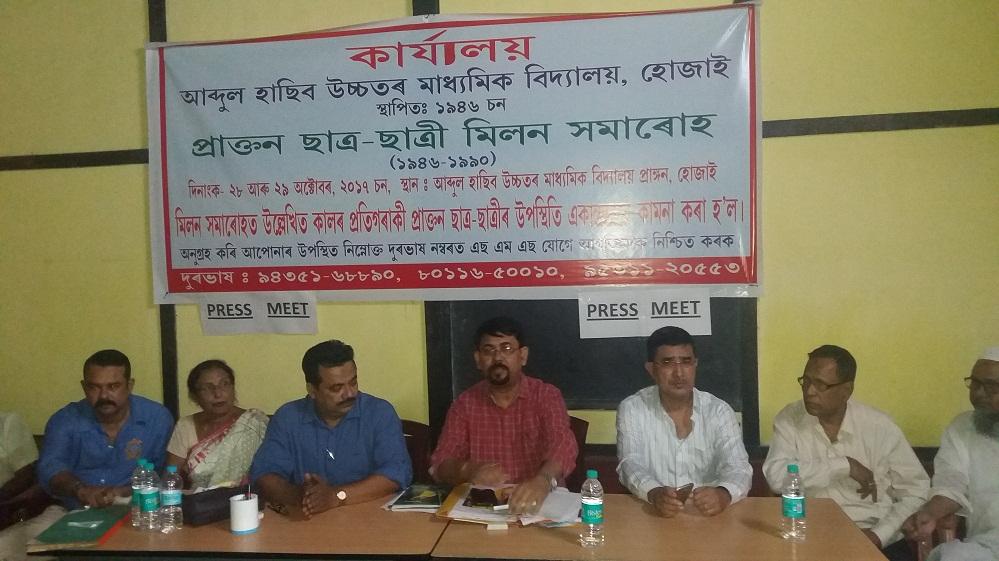 An alumni meet of students of Hojai's Abdul Hasib Higher Secondary School from 1946 to 1990 is going to be held on October 28-29.

Addressing the press, President of the organising committee Anup Kumar Barthakur said "our students are in all the parts of the world, some are high rank officers, advocates, doctors, engineers etc. They are eagerly waiting to take part in this event."

Cultural programme, an statue of APJ Abdul Kalam will be unveiled in the school premises. A souveneir will be published on this occasion.

Also, all the former teachers will be felicitated during this meet.

12 Apr 2013 - 5:13pm | AT News
Gauhati High Court on Friday granted bail to Sanghamitra Bharali who was arrested six months ago on corruption charges.Police arrested Bharli charging her with amassing wealth disproportionate to her...

Manas opens for tourists on Nov 4

30 Oct 2012 - 4:17am | editor
he famed Manas National Park is all set to open for tourists from November 4. According to the park authorities, repairing works are on inside the park. The park remains closed for almost six months...