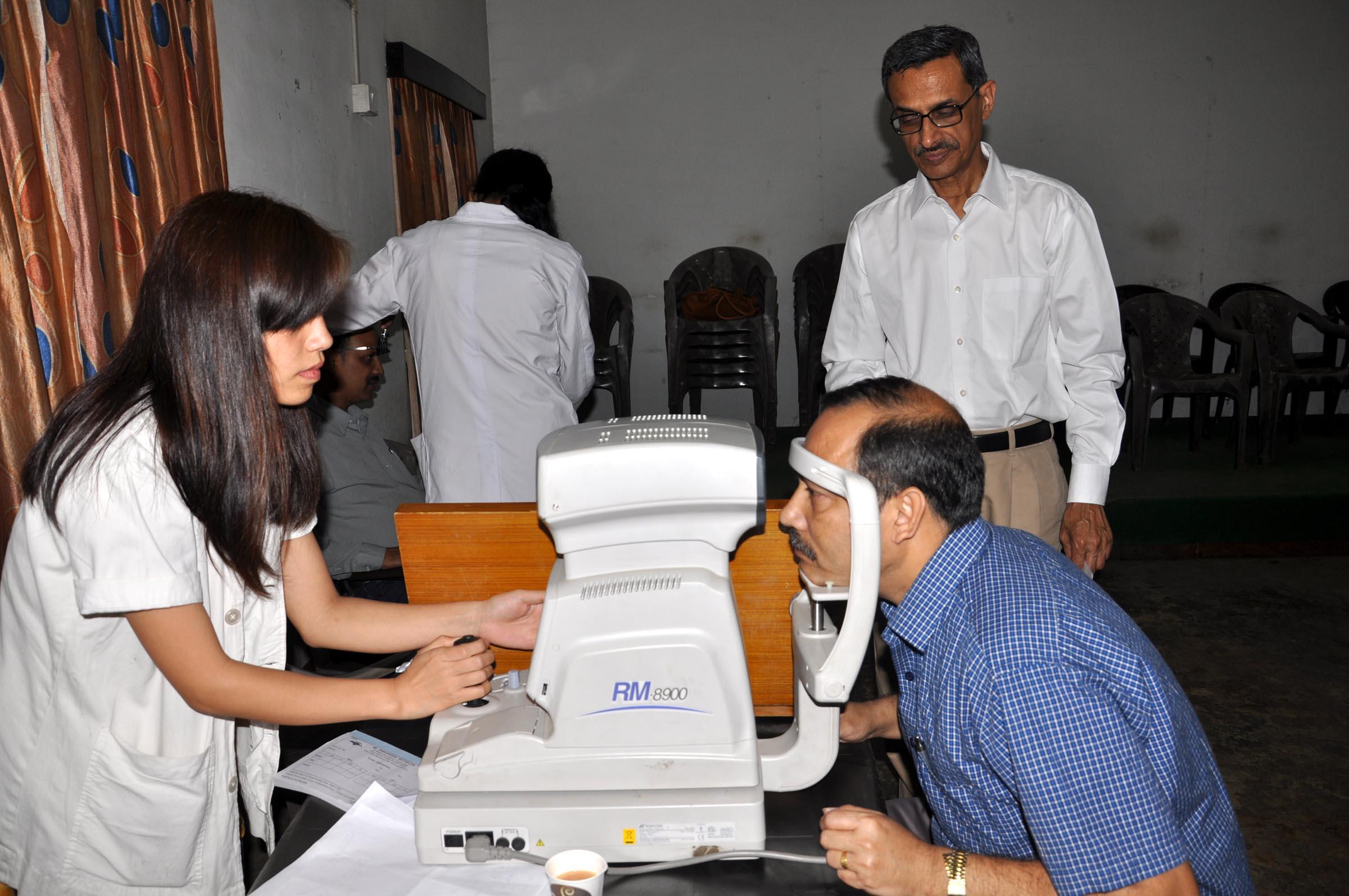 City based journalists have shown an un-impressive picture when they were exposed to an eye check up camp organized by Sankaradeva Nethralaya in Guwahati Press Club on Wednesday (4 March 2015). Over hundred participants joined in the camp, where most of them were advised for further medical care or use of spectacles. The participants also got consultations from the attending physicians under the leadership of Dr Harsha Bhattacharjee, medical director & trustee of Sri Sankaradeva Nethralaya. The assisting team from Sankaradeva Nethralaya included Dadhiswar Phangcho, Dipjyoti Medhi, Dhanjit Bhattacharjee, Brindaban Doloi, Silpisikha Chetia, Bubul Hazarika, Dilip Baishya and Nipon Kalita, who conducted the participants’ general screening of eyes in the press club premises.