Gold cup clash on in Dimakuchi 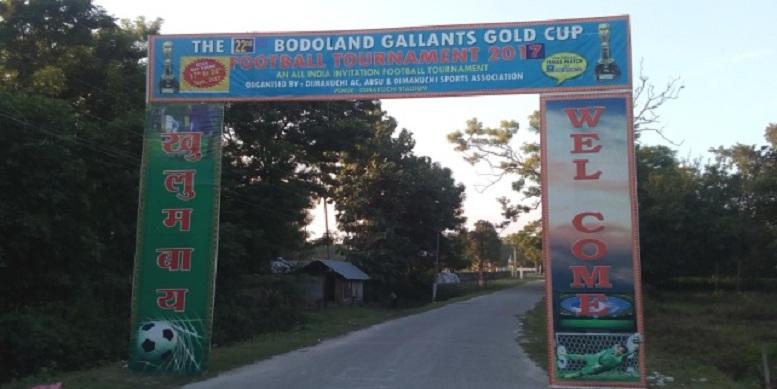 The 22nd edition of the Bodoland Gallants Gold Cup Football Turnament 2017 is going to be held at Dimakuchi Stadium in Udalguri district of Assam from today. The tournament is an All India Level Football Tournament affiliated under  and is jointly organized by Dimakuchi Ancholic Committee, ABSU and Dimakuchi Sports Association in the fond memory of Bodoland Martyrs. A total of eight teams will be participating in the tournament. The teams are: Reserve Bank of India Mumbai, Assam Regimental Centre Shillong, SSB Siliguri, Oil India Duliajan, Apro Guwahati, Jhalaguti Morigaon, Bodoland Army and Orgen Club. The opening ceremony of the tournament is colourful and the first match is Oil India Duliajan Vs Bodoland Army.

All about “immigrant” on the floor!

26 Aug 2014 - 6:46pm | AT News
The world ‘immigrant’ created an uproar in the Assam Assembly forcing Speaker Pranab Kumar Gogoi to take prime minister’s name on Tuesday.The uproar on the floor took place during the question hour...