Exhibiting exemplary compassion and empathy, the soldiers of 19 Assam Rifles of 28 Sector Assam Rifles under the aegis of HQ IGAR (South) reunited a “misguided youth” who was recruited into UNLF, with his family.

A release from PRO, IGAR (S) said on Saturday that in his early twenties, Somichan, an unemployed youth of Ukhrul district was misguided and taken to an insurgent training camp in Myanmar for training.

Realising his mistake of joining an insurgent group, Somichan escaped from the training camp in Myanmar, crossed over to own side of the international border and handed himself over to the Assam Rifles troops on July 20.

Since his questioning did not reveal anything suspicious, special efforts were made to contact his family. Unfortunately, Somichan’s mother and father had expired earlier and he did not remember contact details of brother and sister, who are working in Delhi.

Ingeniously, the company commander made use of the social media platforms to contact his sister, based on details given by Somichan. Almost choking with joy, an overwhelmed LK Ningmayung, his sister, passed on the details of his uncle and Village Chairman, while lauding the sincerity of the “Sentinels of the North East.”

Consequently, the individual was reunited with his relatives today, July 22. Hopefully, his case will motivate all such misguided youths to shun their wrong paths and join the mainstream.

Molestation: main accused with UP police

23 Jul 2012 - 11:52pm | editor
In a major breakthrough, the prime accused in the gory GS Road incident Amarjyoti Kalita surrendered before Varanashi police on Monday. Kalita, a casual employee with Amtron, was on the run after... 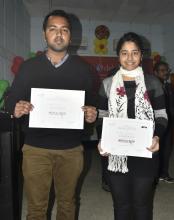 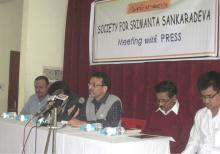