Two convicted for rape and murder

People of Udalguri have expressed satisfaction at the conviction of two youths of Mazbat who had raped an elderly lady before killing her mercilessly in 2013.The District and Session Judge of Udalguri has convicted two youths namely-Doman Madi (24) and Sona Basera (22) of Kadabil village near Mazbat for killing one Jaba Kisku (44) after raping her on October 13 in 2013.(Mazbat PS Case No.47/2013 under section 376/302/34 IPC).The court of Hon'ble Justice Saneki Bora,District and Session Judge,Udalguri sentenced life imprisonment and fine of rupees one thousand to each accused.According to information,one Monika Murmu (24) had been returning home from Udalguri along with son and mother Jaba Kisku (44) in the evening of October 13 in 2013.On their way they met with Doman Madi and Sona Basera at Kadabil Kahijungle near Bhatiamari river.Taking advantage of the loneliness,both the accused tried to molested the mother and daughter at 7 pm.Monika somehow managed to flee along with her son.Unfortunately both the miscreants raped the elderly lady before killing her brutally with a big rock. 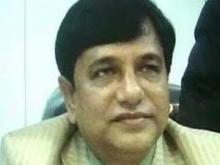 23 Mar 2018 - 11:58am | AT News
GUWAHATI: A special court in Guwahati remanded Sdipto Sen to 14 days judicial custody after the Enforcement Directorate produced the Saradha Chit Fund chief was produced before it on Friday....

10 Mar 2012 - 11:06pm | editor
Hundreds of Tibetans in the North East on Saturday observed the 53rd anniversary of their 'Uprising day and held participated in a rally from the Dighalipukhuri area of Guwahati. Speakers alleged...