The Yoga day was observed in the entire district of Udalguri at various places. The Army personnel of 421 Field Regiment, Hattigarh Millitary Station located at the foothills of Indo Bhutan border along with others celebrated 3rd International Yoga Day on June 21 at the station campus with great enthusiasm and zeal. The Yoga Day was celebrated in collaboration with civilians. The aim of celebrating Yoga Day among civilians was to promote a healthy and peaceful mind. Brigade Commander, Anup Singhal in his short speech said that, “To obtain a healthy body and attain a peaceful mind every men should meditate and do yoga.” A hundreds of civilians comprising man, woman and children attended the yoga sessions at campus which started at 5 a.m. in the morning.

1 Aug 2008 - 3:29am | editor
The Assam Public Works on Thursday urges both the government to take up stringent measures to deal with the spreading Jehadi activities in Assam. Addressing a press conference in the city, APW... 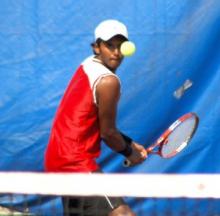