Deal with encroachment in KNP: HC

3 Sep 2014 - 6:25am | AT News
The Gauhati High Court has Dispur to step in to deal with encroachment in the Kaziranga National Park.   Hearing a PIL along with writ-petitions, a division bench comprising Chief Justice (... 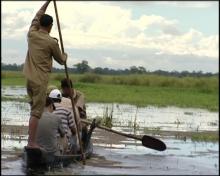 3 Nov 2010 - 5:07pm | Abdul Gani
“It’s a proud moment. It’s the outcome of my hard work. Tremendous feelings I can not make you understand,” Shahidul Majjid exclaimed who is popularly known as Kaju. Kaju, a...