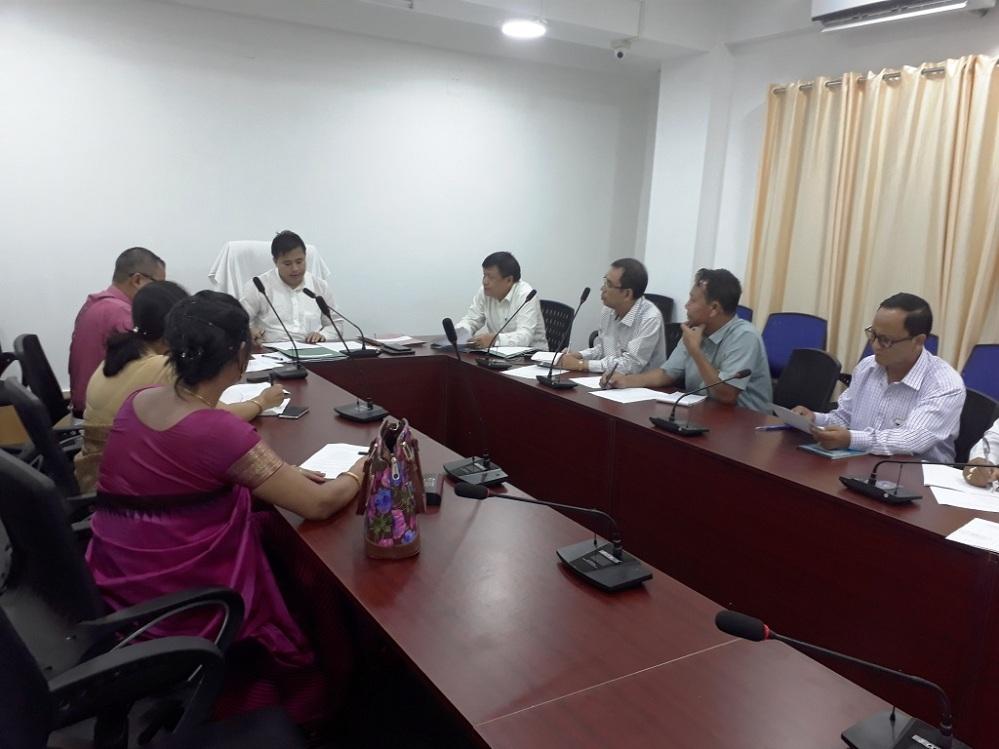 
Chairing monthly review meeting of the department at the conference hall of new Secretariat, Minister observed that there is a need to re-verify the list of beneficiaries included in SECC for awarding the scheme.


The minister also asserted that the grant for all the list of beneficiaries who have already been verified should be transferred at the first phase after sanctioning through DBT within September.


The Minister also sought report regarding fund utilisation of NREGA. As NREGA and PMAY(G) is an important flagship programme of the central government, he  urge all concerned officials to release fund on time regarding the two schemes without delaying.


The meeting was attended by officials of RD &PR and Deputy Commissioners of all Districts.


Chairing another monthly review meeting of Directorate of Information and Public Relation, Shri Biswajit said, as news seven districts have been created, it is necessary for setting up District Information Offices and the required staffs will be initiated very soon for smooth functioning of the district offices.

7 Apr 2008 - 3:12pm | Rituparna Goswami Pande
The towering white structure of the Gauhat High Court, a landmark of Guwahati stands tall glimmering in the city skyline. A keeper of law and a defender of justice it has been advocating justice...

1 Aug 2015 - 2:30pm | AT News
Hundreds of people in Lathitila, Dumabari, Boraibari areas in Mancachar district came out of their homes venting anger against the political parties and organizations alleging their silence.Rup Debin...