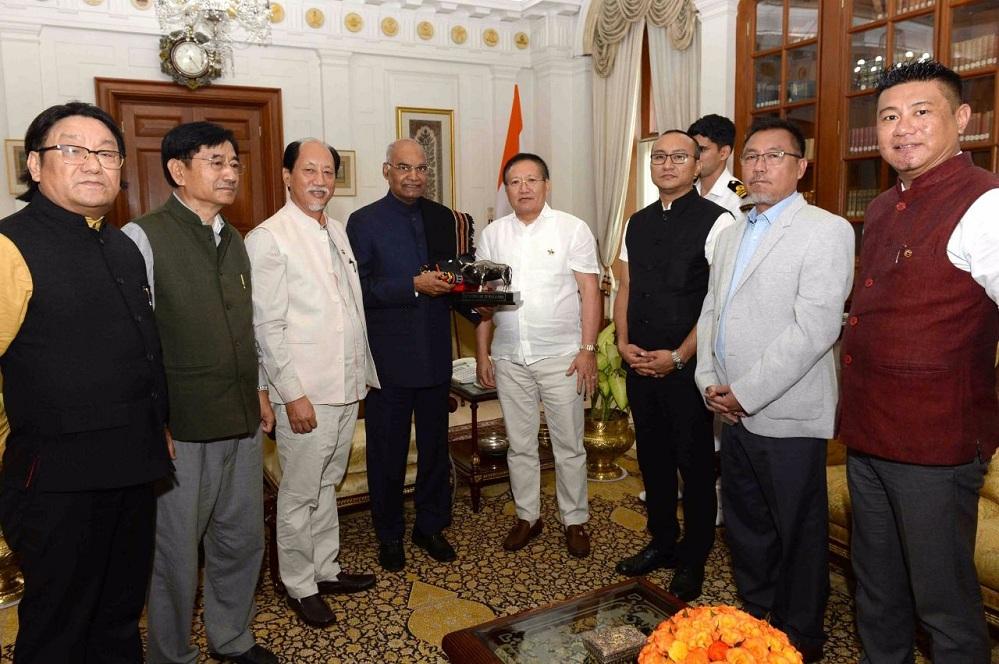 Zeliang apprised the President about the Naga political issue and the need to resolve it before Christmas in order to bring peace and development in the region.

"Permanent solution to the protracted Naga political issue has been pending despite ceasefire with political dialogue since the last two decades which is long overdue and needs to be resolved," the press secretary to the state CM quoted Zeliang as telling Kovind in the meeting.

Once the pending Naga political issue was resolved, it would widen the door to Southeast Asia not only for the northeast region but India as a whole, the Nagaland CM told Kovin, according to the press secretary to Zeliang.

"The country as a whole would realise the Act East Policy of Prime Minister Narendra Modi."

Zeliang and his colleagues also met Home Minister Rajnath Singh and submitted a memorandum for restoration and immediate sanction of relief while apprising him of the damages caused by the recent unprecedented rainfall and landslides in the northeastern state.

29 Apr 2014 - 11:18am | AT News
Akhil Gogoi on Tuesday got yet another relief when a lower court in Guwahati granted him interim bail on a fresh case registered against him in Panbazar police station.Hearing the petition for...