Only through proper education a society can dream of upholding the culture and tradition of a community. Education and culture cannot be divorced from each other. This was the observation made by senior journalist Diganta Kr. Sarma speaking on the second day programme of 7th Sadou Ratanpur Rongali Bihu Sanmilani at Ratanpur near Tangla on Monday. 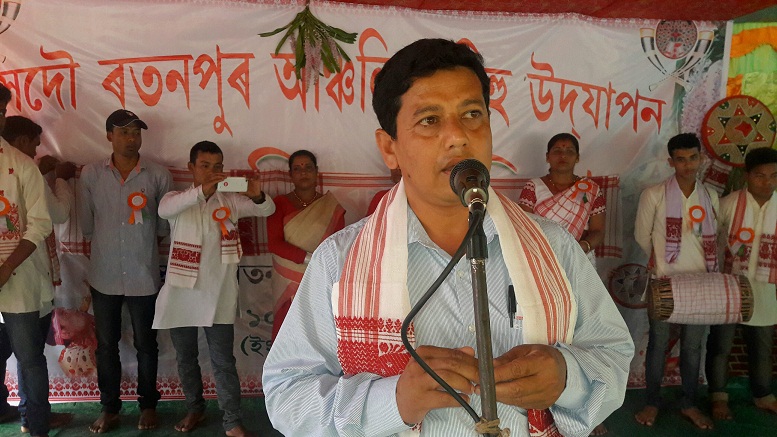 Inaugurating the cultural stage Sarma called upon the people to uphold the culture, tradition in its purest form. He further added that Rongali Bihu should be the oppurtinity of preaching the message of brotherhood among all sections of the society barring class ,community and religious barrier. Senior journalist Ujjal Das and journalist Shajid Khan were also feted with bihuwan on the ocassion.

Earlier the daylong programme iniated with marathon race among youths followed by flag hoisting by Maneswar Boro president of celebration committee which was followed by plantation of saplings,sports and quiz competion and Go-as-you-like competition. The village youths also danced to the tune of Bihu songs accompanied by wild and lusty beats of Dhol and Pepa. A cultural night programme is also scheduled in the evening where local voices would perform.

17 Apr 2014 - 7:10pm | AT News
Amid watertight security, repolling passed off peacefully with a brisk note in seven booths.Voters in large number were making long queues to exercise their franchise till 5 in the evening after it...

24 May 2015 - 12:00am | AT News
Yet another bridge over the river Brahmaputra will give the state a fresh lease of life on the infrascture front. This was what Tarun Gogoi said when the chief minister was addressing a huge rally in...