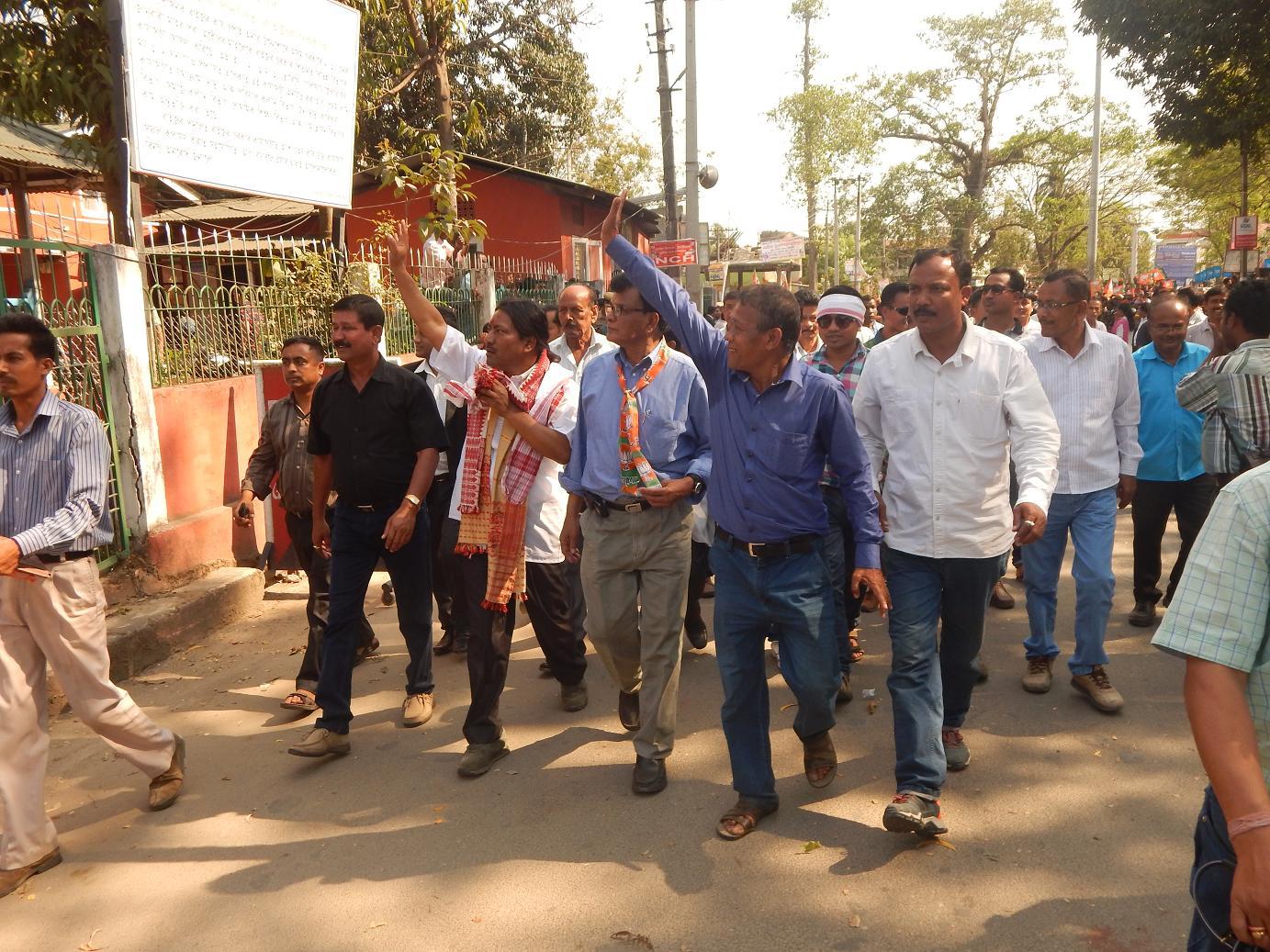 With support of more than 3,000 people, the BJP candidate of 95 Golaghat constituency, Bitupon Saikia submitted his nomination in the Golaghat DC office on Wednesday. After the file submission, Saikia said that he would be paid more interest to new generation youth. He will be fought to resolve the burning problems  of Golaghat LAC. Development of small industries on  tea garden, agriculture will be most defending issues in upcoming election. Later he said that his victory was almost confirmed in Golaghat LAC with  a 85000 votes out of 173145 votes. 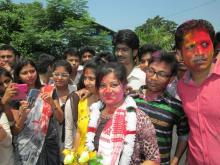