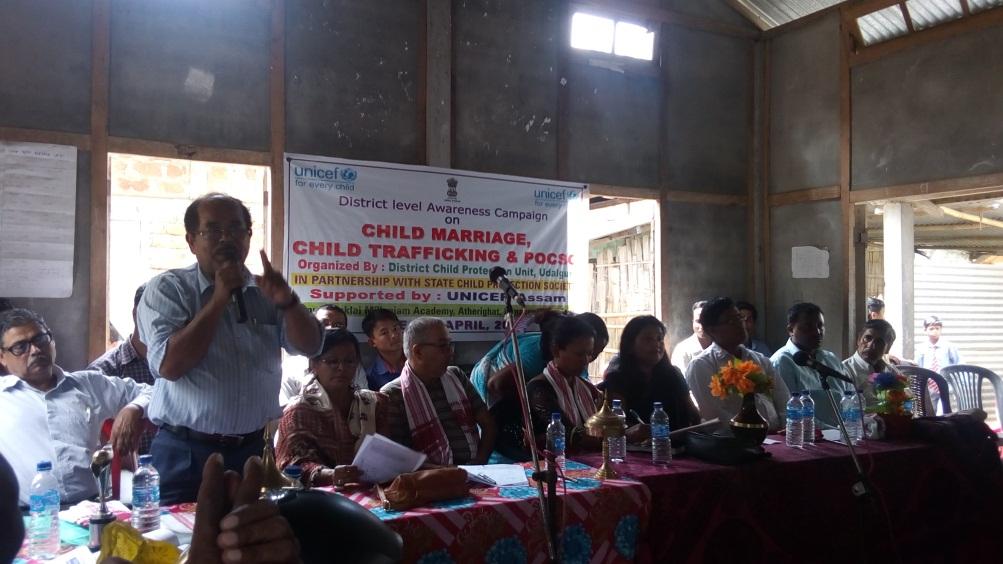 A day long district level awareness campaign, a state convergent plan of action on child welfare in Assam was held at Millenium Academy, Suklai, Udalguri on Friday. The programme was organised by Child Protection Unit (DCPU), Udalguri in partnership with State Child Protection Society to make awareness about protection of children from trafficking, child labour, early marriage, substance abuse and sexual harrashment , violence against children and role of community among society. The programme was inaugurated by Bhergaon SDPO  Gagi Sonowal and participated by children from various institutions, teachers, supervisors, ASHA workers, including Pheranga Dao NGO, Tangla.

Gargi Sonowal said that the programme has been organized to create awareness about common public and children on child trafficking, child marriage among society in the state which was launched by state government. It will be helping hand among society while getting information on children protection”.

Another speaker Gautam Saharia said, “It is one of the positive ways that state government is responding to the cases of child trafficking in the state. There are many cases of children touching trafficking from Lower Assam districts especially from tea gardens that Assam is the second position in the case of child trafficking issue. Lower Assam has been devastated with various kinds of conflict and floods that are from most venerable children, most of the children need to be repatriated, who belonged to be from Lower Assam region.

‘There are 1000 children repatriated in last 12 years in Assam, who have been trafficked from this region, after being exploited at various cities in India. We have accommodated a few children in Udalguri and some in care centres. According to sources Saharia  said that there are agents from the grass root level who have been doing such activities.

5 Nov 2007 - 5:52am | pbaruah
Pakistan set a target of 240 for the Team India while it elected to bat at the First ODI series in Guwahati which is going on at the Nehru Stadium amid an elaborate security arrangement. The men... 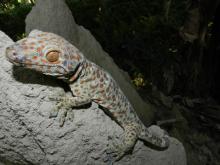 11 Nov 2013 - 11:13am | Chandan Kumar Duarah
Assam Police arrested a man with three tockey geckos November 10 at Paltanbazar area of Guwahati , the capital city of Assam. Now it is not only rhino horn, ivory or bones of tiger most valuable for...