7 Jan 2017 - 12:57pm | AT News
Meghalaya police have finally nabbed MLA Julius Dorphang on Guwahati on Saturday who was wanted in connection with a sex racket. The independent legislator was arrested from a building in Guwahati...

29 Jun 2009 - 7:30am | Ranjan K Baruah
Constructed in the year 1963 and operated in 1966, a bridge over Subansiri river has bought concern amongst people living in the area. The bridge build over the river Subansiri which connects... 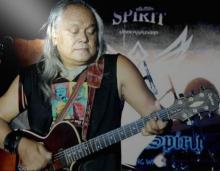