Assam Bandh called by the All Minority Students Union (AMSU) experienced massive protest in various parts of the state. The Assam bandh is called in protest against the harassment on the genuine muslims in the name of illegal Bangladeshis detection and finally the deportation by various organizations and police.

During the bandh, the protest was aggressive in the Gossaigaon and Tezpur. In Gossaiagaon in a clash AMSU supporters with non-supporters one person was injured wh was rushed to the hospital. The condition of the youth is under normal till the reports last came in. The protest became much more aggressive in the later of the day as the bandh supporters burn the effigies of Chief Minister of Assam Tarun Gogoi and AASU Adviser Dr. Samujjal Kumar Bhattacharya in the streets of Gossaiagaon.

In Tezpur, AMSU supporters attacked and damaged a marriage-party, that was on their way from Nagaon to Tezpur. After the incident taken place, police and the paramilitary forces immediately rushed into the spot. Police is searching for the culprits involved in the incident.

Training on Value Addition of Tomato 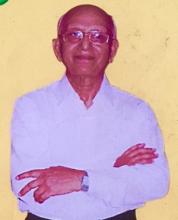