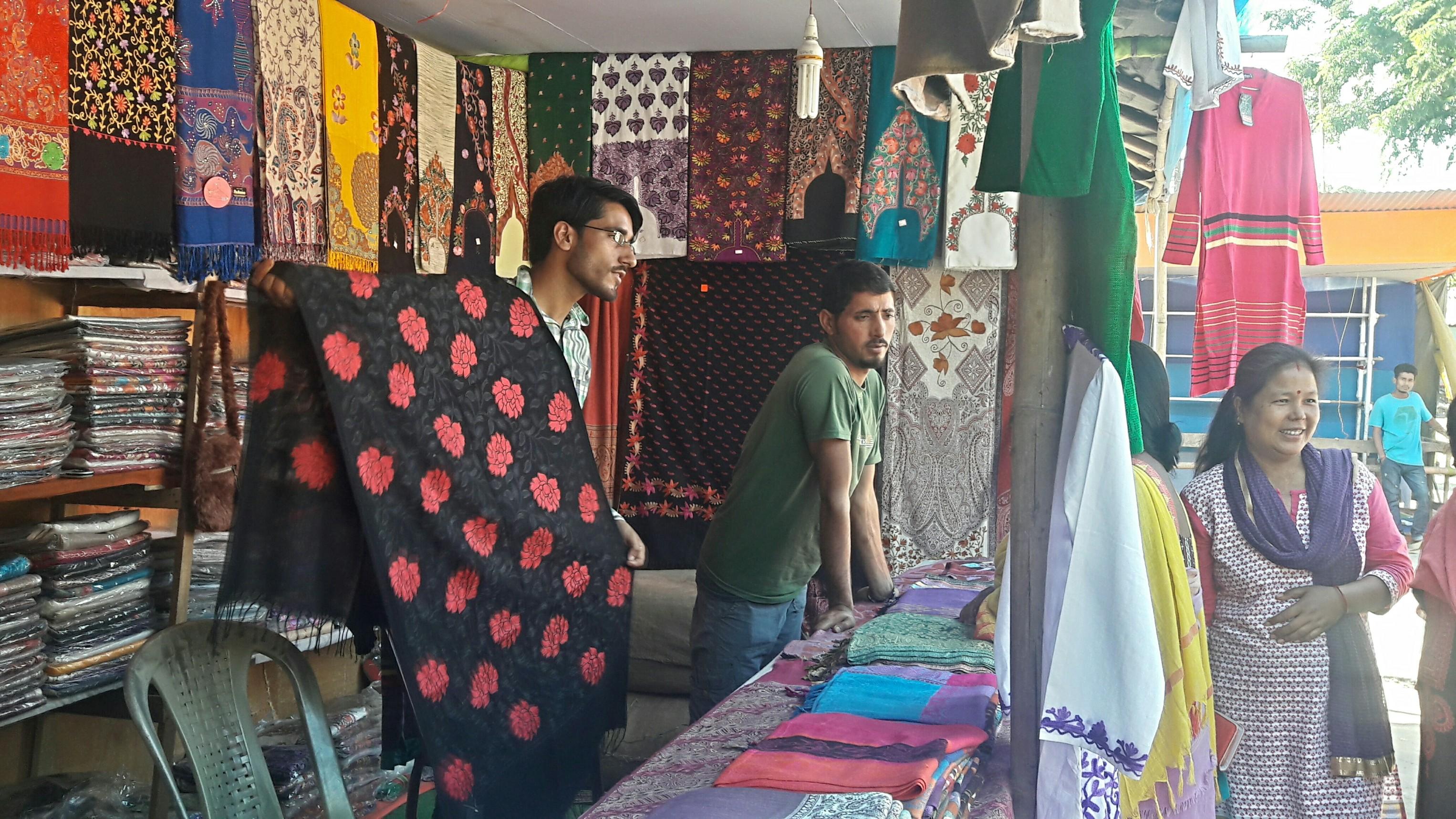 The post demonitazation woes continue to surround every business segments of the society. The exhibitors of the ongoing national trade fair at the Bordoloi Bhawan premises of Tangla registered their grievances when this correspondent visited them. The trade fair which has kick started from December 2 and will continue till December 15 has nearly 50 stalls. The trade fair has been organised by an Non-Governmental organisation NEECO .

A considerable regional organisations representing different states of the country are debuting in the fair. Ranging from winter clothing, jewellery, cosmetics, kitchen wares, footwear, home decors, toys, gaming products, handicraft and handloom products stalls are on display. "We sell Kashmir handloom products from normal winter shawls to costly Pashmina shawls ranging from Rs. 400-10,000. Our sales have been effected by the demonitazation. Owing to it we are still accepting the scrapped demonitized notes.", said Sheikh Riyaz a stall owner.

"We are not accepting old scrapped notes as to avoid the hassle of depositing them in banks. The sales have been hit after demonetization ", said a handloom products stall owner Tankeswar Deka.

While Tanvir Ahmed who has stall of blankets ,curtains and Rajasthani footwears said ,"As our buisiness have registered loss post demonitazation we are still accepting banned 500 notes but not 1000 ."

Another stall owner of Radhakrishna Pickle store from Kolkatta Sujit Sen said,"We are facing shortage of lower denomination notes as we are not accepting scrapped notes. And most people give Rs.2000 rupees notes. Another stall owner from Kolkatta exhibiting tangail and tant sarees is also facing shortage of lower denomination notes.

However the eatery stalls said that though the sale is low,but people mostly pay in power denomination notes.

9 Sep 2008 - 4:24pm | editor
The Assam state unit of the CPI has demanded a Rs 1,000 crore fund from the Centre to relief and rehabilitate the state’s flood affected people.Addressing a press conference on Monday, the...

25 Dec 2012 - 9:08pm | Nava Thakuria
The GNRC Hospitals in association with Guwahati Press Club has organized a free medical check-up camp for the media persons with their families on December 29 next. The camp, to be held in GNRC...

Gaurav has no syndicate: CM

1 Apr 2013 - 11:38am | AT News
Chief Minister Tarun Gogoi on Monday made it clear that his son Gaurav Gogoi was never involved in syndicate.Talking to  reporter in the Assam assembly premise on Monday, Gogoi said that the...