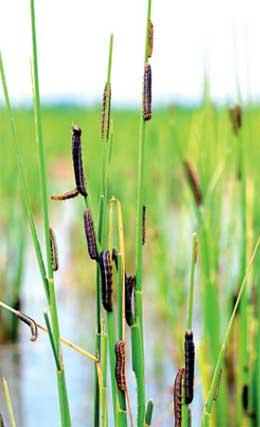 In a bid to assuage the farming community in the time of army worms menace Assam agriculture department has set up a control room in Guwahati.

Officials told Assam Times that the control room would help the farmers control the attack of army worms in the crops lands. A joint director would run the control room  where the  farmers can contact the authority with mobile number 9854338572 and 94355 43404.

According to a government statement, armyworms are caterpillars that crops belonging to rice  (particularly Gramineae). There are three armyworm species which are the rice swarming caterpillar, common cutworm, and the rice ear-cutting caterpillar. A single armyworm egg mass contains hundreds of eggs and each female lays 800−1000 eggs during its lifetime of about one week. The name armyworm is applied to those species that migrate in masse to neighboring fields after severely defoliating a crop.

Armyworm feeds on paddy leaves and young seedlings at the plant's base. They also cut off rice from base, it said. 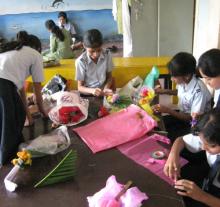 3 Nov 2010 - 4:35am | Ranjan K Baruah
GODWINS School organized its Annual Exhibition 2010 on October 30 within the school campus at Sarusajai, NH 37, Guwahati. It was an event wherein students of the school displayed their talents and...

16 Dec 2013 - 4:49pm | Monosh Hojai
A two-day Seminar will organise by the Journalists Union of Assam Haflong Branch (JUAHB) at Haflong in Dima Hasao district on December 21 and 22. All Assam Journalists, Assam Minister of Information...