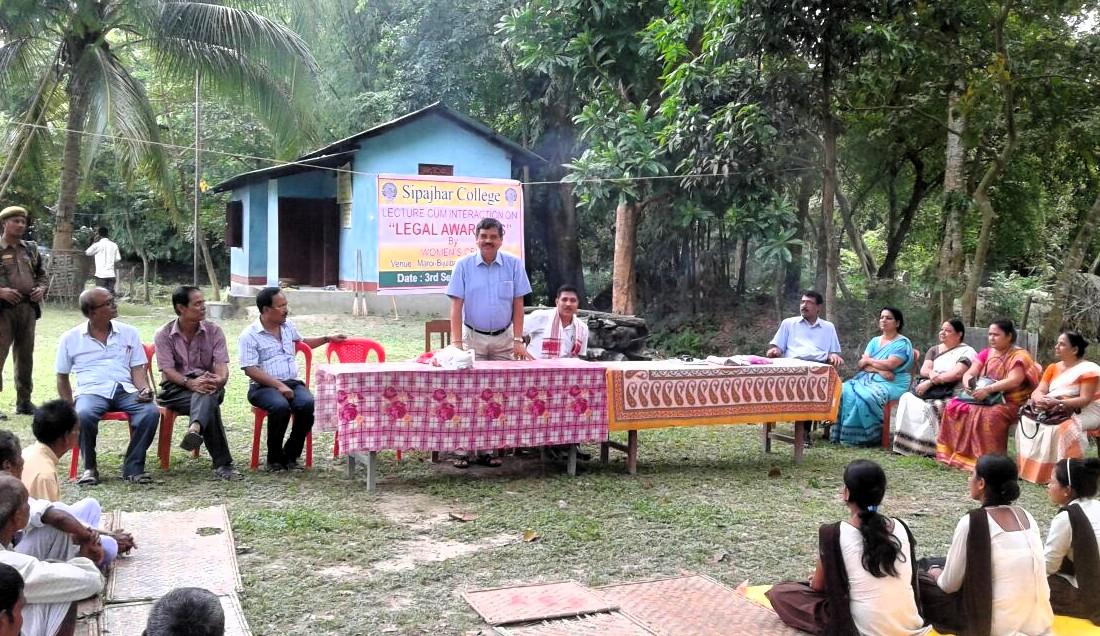 The visit of the newly appointed Darrang DC Ashok Kumar Barman to the historic Raghunath Kuwnori xatra on September 3 recently was widely appreciated by the public.It is noteworthy that a day-long programme organised by Sipajhar College at its adopted village N0.1 Bijulibari underway when the DC dropped in.The programme began with a ‘Swacchata Abhiyan’ by the volunteers of the NSS and the volunteers from the village. At the meeting presided over by Dr Pradip Ch Deka, the Principal of Sipajhar College, the DC lauded the efforts of the college to bring the public and the administration closer.DC Barman in his friendly and informal interaction with the public and the students and teachers of the college reiterated the fact that unless the public is aware of its rights and duties,there can be no good governance.The public must cooperate with the Govt’s efforts, its implementing agencies and the officers so that they can reap the benefits of all the government schemes and facilities.He expressed his willingness to walk the extra miles whenever and wherever required.Expressing his appreciation for the steps taken by the women Studies’ Research Cells to bring legal awareness to the people through its public-outreach programmes,the DC urged the public to take advantage of these efforts made by Sipajar college.He said that any society where its women are active, aware and educated was bound to be developed and progressive.In the course of the friendly interaction the public expressed their appreciation for his visit to their village and presented a hurriedly prepared memorandum listing the areas of possible public-government cooperation.He assured the villagers he too was one of them and would do everything he could.As a government servant he would do his best to discharge his duties and urged the Sipajhar College community to play the role of a coordinator and his office.He felt that if all educational institutions took up their social responsibilities the society would easily be transformed and urged the teachers and the students of Sipajhar College their effort sincerelyand unfailingly.He ended his interaction by seeking the cooperation of all in the discharge of his duties and responsibilities.The maiden visit of Darrang Deputy Commissioner to the village also inspired the students who volleyed querries how they too could become administrators to which Sri Barman assured that its only studies and hard work which is the key to success in life.

2 Oct 2008 - 4:08pm | bobbyramakant
India has boldly enforced the smoke-free policies banning smoking in public places and private areas with public access from 2 October 2008 – the birth anniversary of the father of nation...

29 Sep 2015 - 5:57pm | AT News
Yet another tragic accident leaves Raha in utter shock where a school goer was crushed to death by a moving vehicle on Tuesday. The incident took place at 9-30 in the morning at Dighaliati near when...