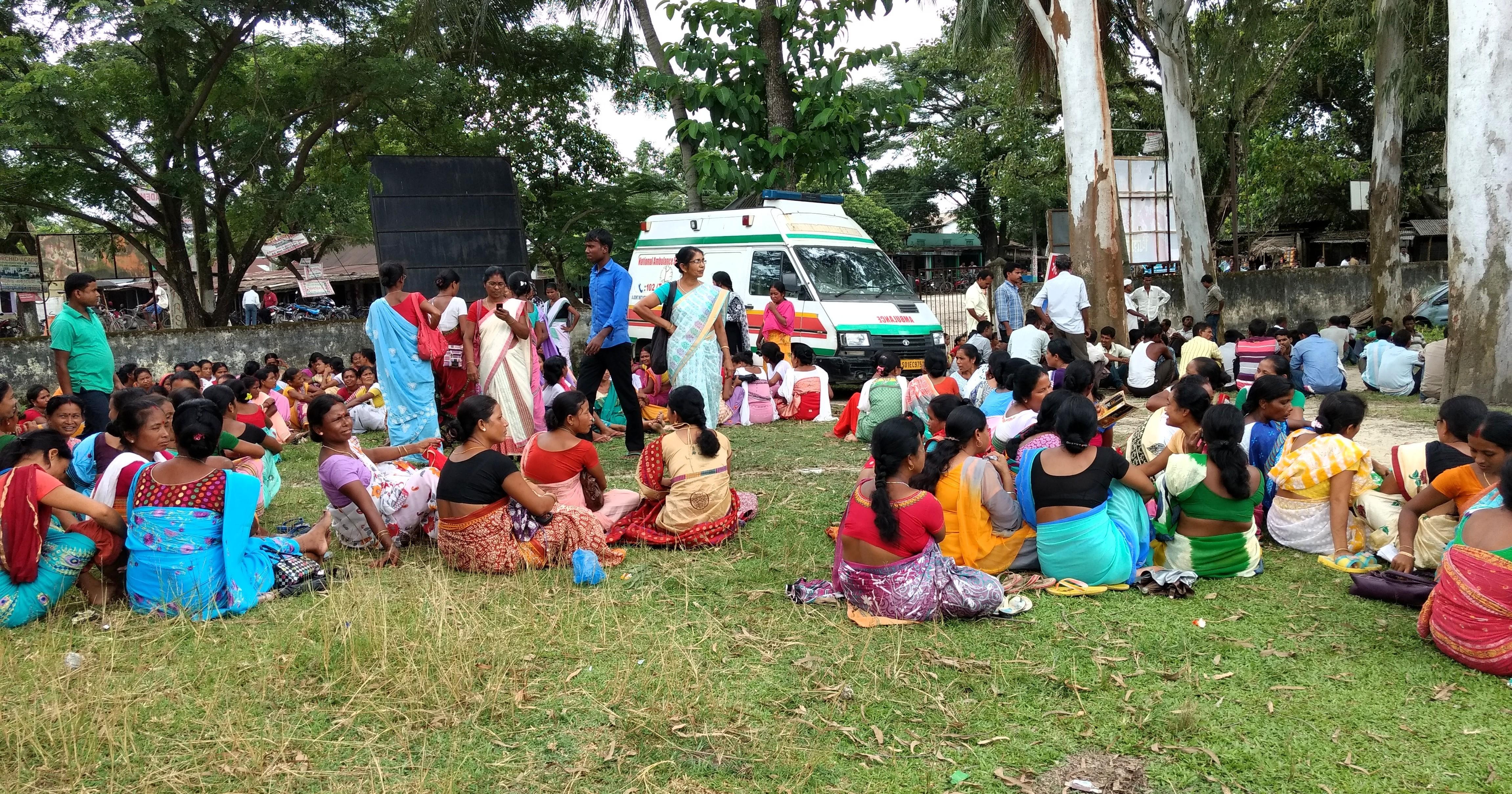 Protesting against sharp price rise of essential commodities in the country,more than five hundred people mostly woman staged dharna in front of Kalaigaon Revenue Circle Office today on September 2 at 11 am on the day of Bharat Bandh.The protesters blocked the main gate of Kalaigaon Revenue Circle Office preventing government officials and employees including Additional Deputy Commissioner Udalguri. Police had to arrest all the protesters numbering more than five hundred to clear the entrance.They were taken to Kalaigaon police station campus after their detention for the day. Vehicular traffic were off the road,but shops and educational institutions remained open.