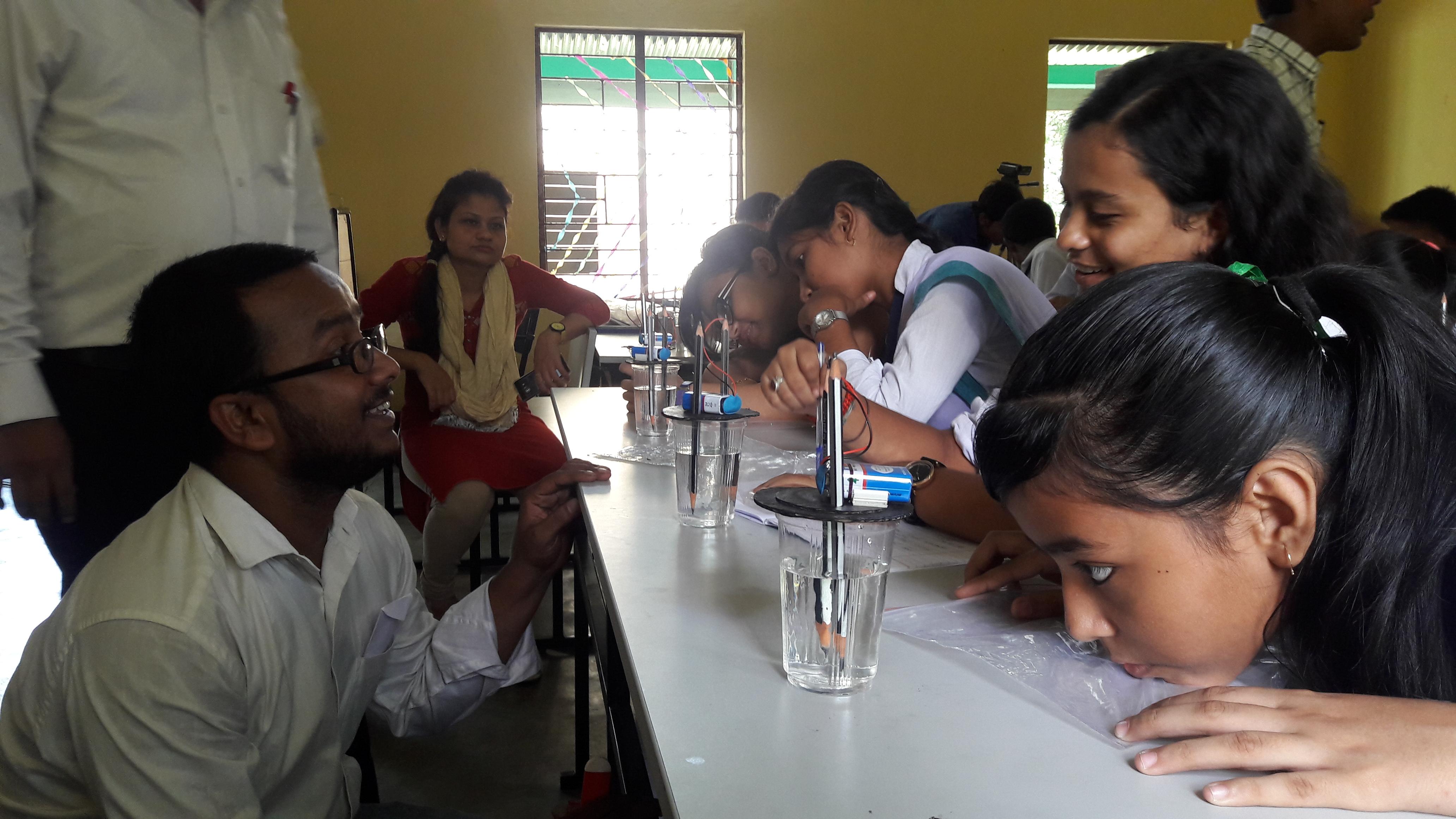 As per the first 100 days programme of the Science and Technology Department, Govt. of Assam, a three-day-long programme “Grooming and Mentoring of Students by Science & Mathematics Facilitators” was held at Sipajhar B.J. Girls’ High School, Darrang duringAugust 17-19. The programme was organized by Science & Technology Division of Assam Science Technology and Environment Council (ASTEC) in collaboration with Sipajhar B.J. Girls’ High School. The programme aimed to motivate the students to explore science and mathematics with simplicity, fun and out of the rigid framework of textbooks and show them career and opportunities in the field of science, technology and innovation.The programme began with lighting of the ceremonial lamp in presence of Dr. A.K. Misra, Director, ASTEC, Dr. R.K. Barman, Head, Science & Technology Division, ASTEC, Mr. Sadulla Khan, Inspector of Schools, Darrang District Circle, Mr. Imran Hussain, Headmaster of Sipajhar B.J. Girls’ High School and other officials of ASTEC. Addressing the function, Dr. A.K. Misra said that such type of programme is small but significant step for paving the way to nurture scientific temperament. In his speech, Dr. R.K. Barman said that through such programme ASTEC has given special attention in bringing scientific spirit among the students of Assam so that the underprivileged section of the society can be benefited from the advancement of Science and technology. He also thanked the school authority for their cooperation in organizing such programme in the school.Addressing the audience, Mr. Khan and Mr. Hussain expressed their gratitude towards ASTEC for giving the opportunity to host such a visionary programme in a school of Darrang district towards the enlighthment of the student community.A team consisting of six nos. of science and mathematics facilitators from different districts namely Rajkrishna Deka, Sahidul Alam, Siva Prasad Upadhaya, Utpal Ch. Barman, Dimpal Jyoti Neog and Robin Kalita demonstrated various technical sessions among the students during the programme. The students were exposed to differentdisciplines of science and mathematics by formulating many innovative methods and hands on activities. Besides, several interactive audio-visual sessions on robotics, mysterious world of astronomy, impactful happenings related to Science and Technology as well as different career pathways and future opportunities were also carried out and found to be very exciting and motivating for the students. Certificate of participation, career guidance booklet, science & mathematics kit of secondary level were also distributed among the students. Mr. Mrittunjoy Guha Majumdar, PhD research scholar, Cavendish Laboratory, University of Cambridge added an extra dimension to the programme by interacting with the enthusiastic students regarding their curiosity towards his research work. Project Scientists of ASTEC namely Manalisha Das, Mriganka Borah and Dibyakanta were actively associated with the programme and interacted with the students. The three day long programme concluded with a valedictory function in presence of Sjt. Binanda Saikia, Hon’ble MLA, Sipajhar constituency, Sri Biman Baruah, SO, S&T Div, ASTEC and Mr. Imran Hussain. Hon’ble MLA appreciated the visionary effort of the science and mathematics facilitators of the council and expressed the hope that more such programmes in bigger scale would be taken up by ASTEC for strengthening the capabilities of the student community of the state. The programme was a successful one and the official of ASTEC took serious note of the tremendous responses and feedback from the students.

Training on Jatropha Cultivation at Patherighat

3 Aug 2011 - 6:14pm | Mowsam Hazarika
A special scheme to promote Jatropha (Bhot Era) cultivation in Assam has been taken by the Department of Agriculture, Assam for production of Bio-diesel. Altogether 137.4 ha area will be covered... 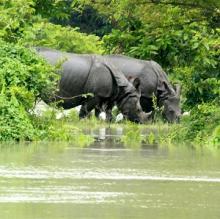 17 May 2015 - 2:45pm | AT News
Heavy rains in Nagaland and Arunachal Pradesh threaten to submerge many parts of Assam during the next 24 hours. The water levels of the river Brahmaputra and her tributeries have started going...