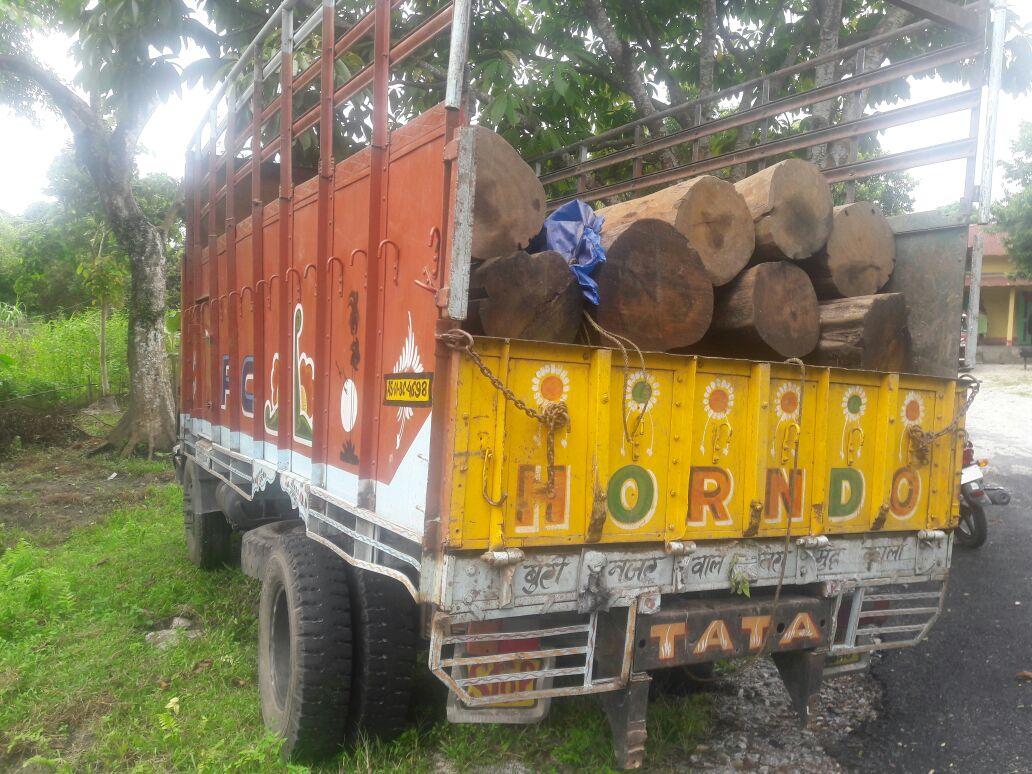 Police and forest department officials, once able to seize a laden truck with Sal and non Sal logs,which were carrying by smugglers along at Karigaon along 31 C National Highway early this morning in Kokrajhar district on Thursday.

N Boro, In-charge of Karigaon police outpost told that laden truck was seized while they were patrolling along the national highway following found a truck standing near highway.Driver and smugglers fled the spot.Trucks’ registartion bearing no. AS-01-BC-4689, which was bound for Barpeta rom Kachugaon. A total of 25 pieces of Sal and non-sal logs were found in the truck and its market value of the logs would be amounting of Rs.3 lakhs.

18 Aug 2015 - 9:20am | AT News
At a time when the process to update NRC gets slow response across the state Nalbari district claimed to have achieved a major success.All genuine citizens are learnt to have submitted the NRC forms...