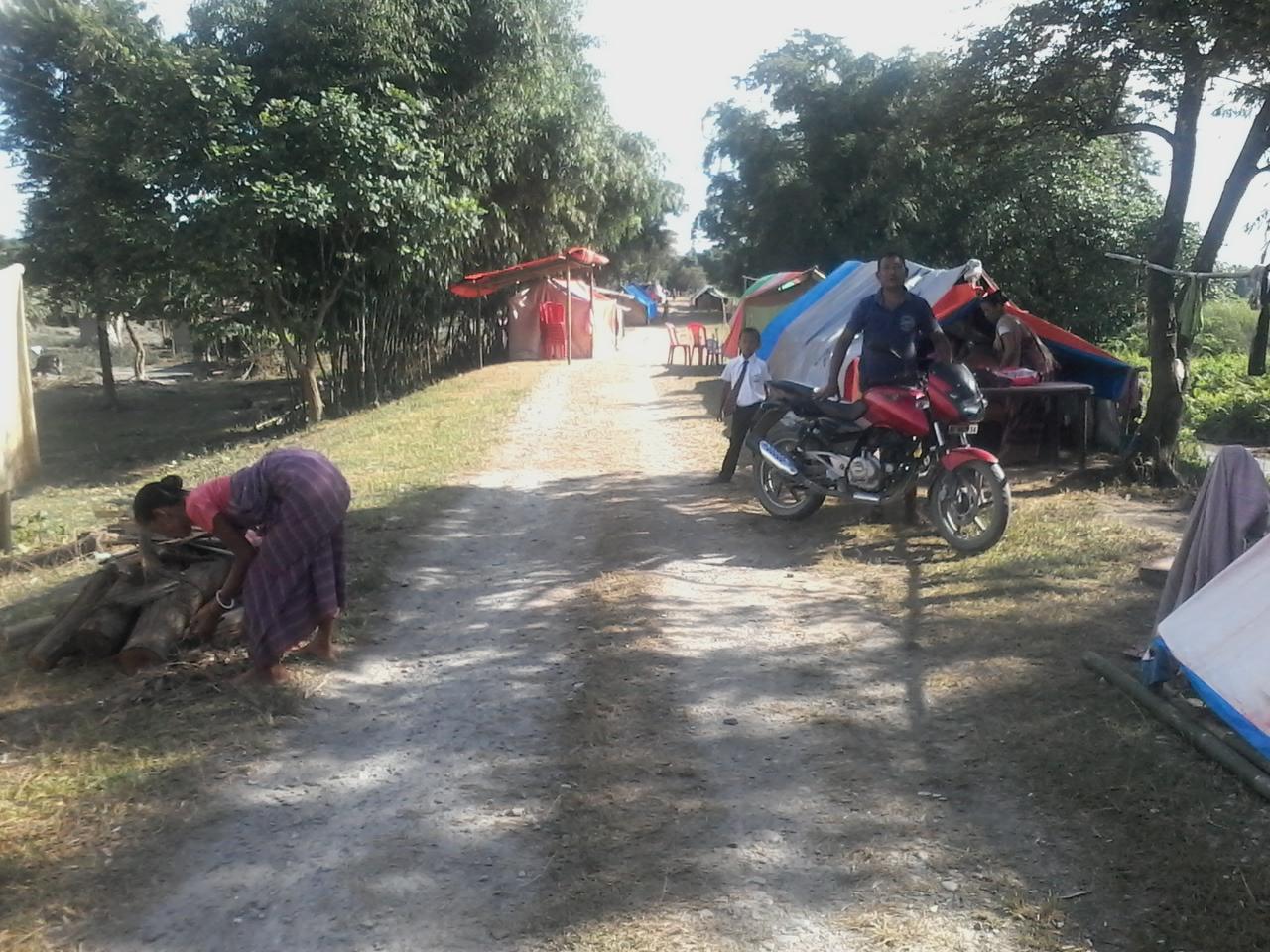 Although schools were reopened from Monday after month long summer vacation across the state,but students along the flood affected areas were deprived from getting educational facilities following washed away road communication,bridges,school complex and houses due to recent heavy floods in Kokrajhar district.

Meanwhile,relief inmates have been facing food crisis and deprives of several facilities in the relief camps.

Flood affected students were peprived from school education along Saralbhanga River at Uttar Patgaon,which the school reopen from Monday after summer vacation.Several villages in Uttar Patgaon area along Saralbhanga River were washed away in recent devastated floods in Kokrajhar district and since then hundreds of flood affected villagers have been taking shelter at relief camps on the END Mataori with facing crisis food stuff as well other relief related materials.

No.246 Guwabari Patgaon LP School was saw locked due to flood affected on Monday as school was reopened after summer vacation and students have left far school going for the day.

Sanendra Mushahary,Ramlal Hazoary,Bihula Wary,Manaj Brahma, flood affected villagers,who are taking shelter in relief camp at Uttar Patgaon told that there is no sufficient food supply from government and district administration since set up of camps along the END Mataori.

‘There were supply of only 9 kgs of rice,200ml mustard oil,250grams of salt,little Dal per family which saw little support for the inmates as 12 days passed away in camps’,inmates said.

School students also have not been able to go school due to washed away of road,bridge,school complex in the village.They alleged that the government and district administration have not been giving sufficient mesaures for the inmates of which why inmates are facing severe miserable condition in the camps.

“Students are not able to attend school due to flood affected along the area as school was reopened from today.We are facing severe hardships in the camps because no sufficient facilities are providing in the area.We will be happy if govt and district administration provide sufficient measures”, said a camp inmate.

16 Nov 2015 - 11:46pm | AT News
Empowerment of Press Council of India, financial supports to media persons from both print & television, corporatization of the media, challenges over enhancing media credibility etc were few...

With proper care, adolescents with diabetes can lead full and healthy lives

6 Nov 2008 - 4:39pm | editor
Diabetes has a unique impact on the lives of adolescents and requires constant monitoring of blood sugar levels, medication and balancing the effects of food and activity. With careful management...