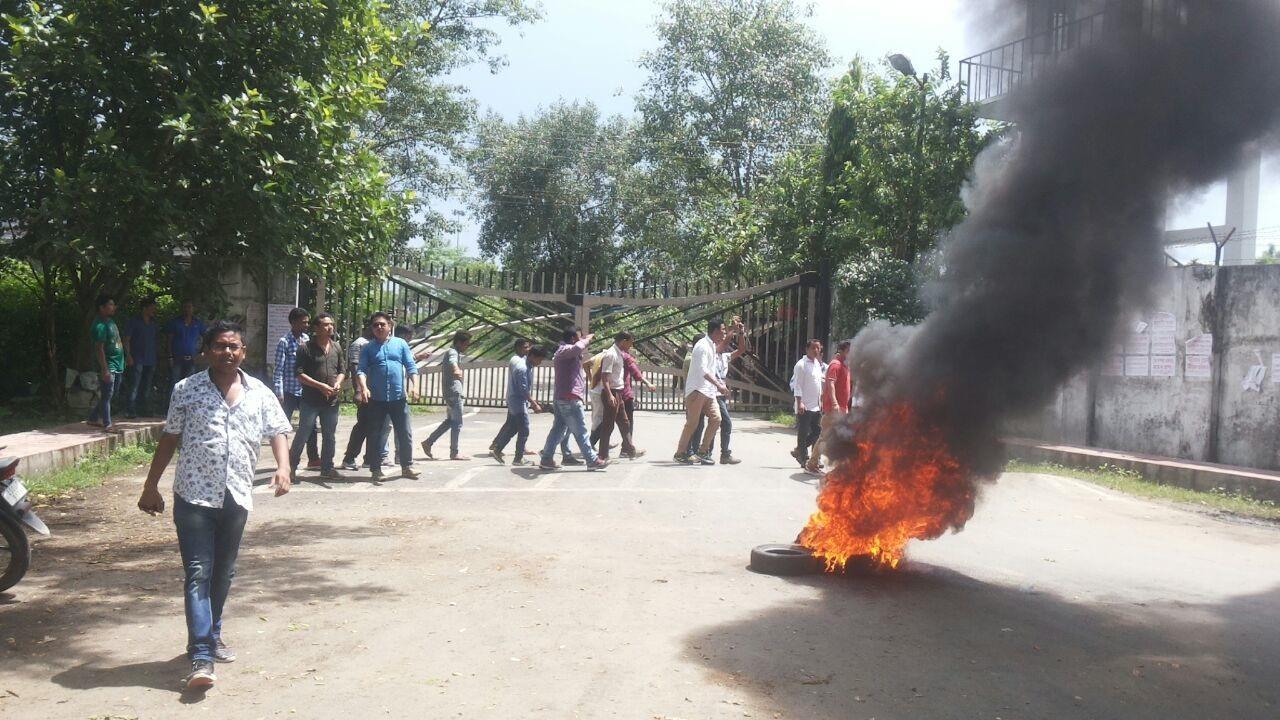 Roads remained deserted, shops and markets, banks and offices remained closed under the impact of the bandh call given by five local organizations who have warned Delhi and Dispur not to proceed with the deal. Some bandh supporters in many places enforced bandh from early in the morning throwing burning tyres on the roads to restrict the movement of vehicles. Some other student supporters thronged the public places where they started picketing in protest against the move where Assam will have to pay heavily.

Talking to Assam Times, the agitating students said that they won’t allow the oilfields to be auctioned. “Why will we allow it to happen? We won’t indeed. If need be we are fully prepared to face any eventuality,” said an ATASU leader who joined the protest.

Another Chutia student leader said, “We want to warn the powerful people in Delhi not to play with the sentiment of Assam. If the voice of protests are allowed to go unheard we would launch a statewide agitation to upkeep the protest.

Gorkha and tea tribe students also joined the protest in the form of the 24 hour bandh which will wend on Tuesday morning.

The protest gathers momentum when the Centre started clearing the decks to auction these oilfields downplaying the interest of the people. Much to a major disappointment, Chief Minister Sarbananda Sonowal also endorsed the Centre even after Congress leader and former Chief Minister Tarun Gogoi opposed it tooth and nail.