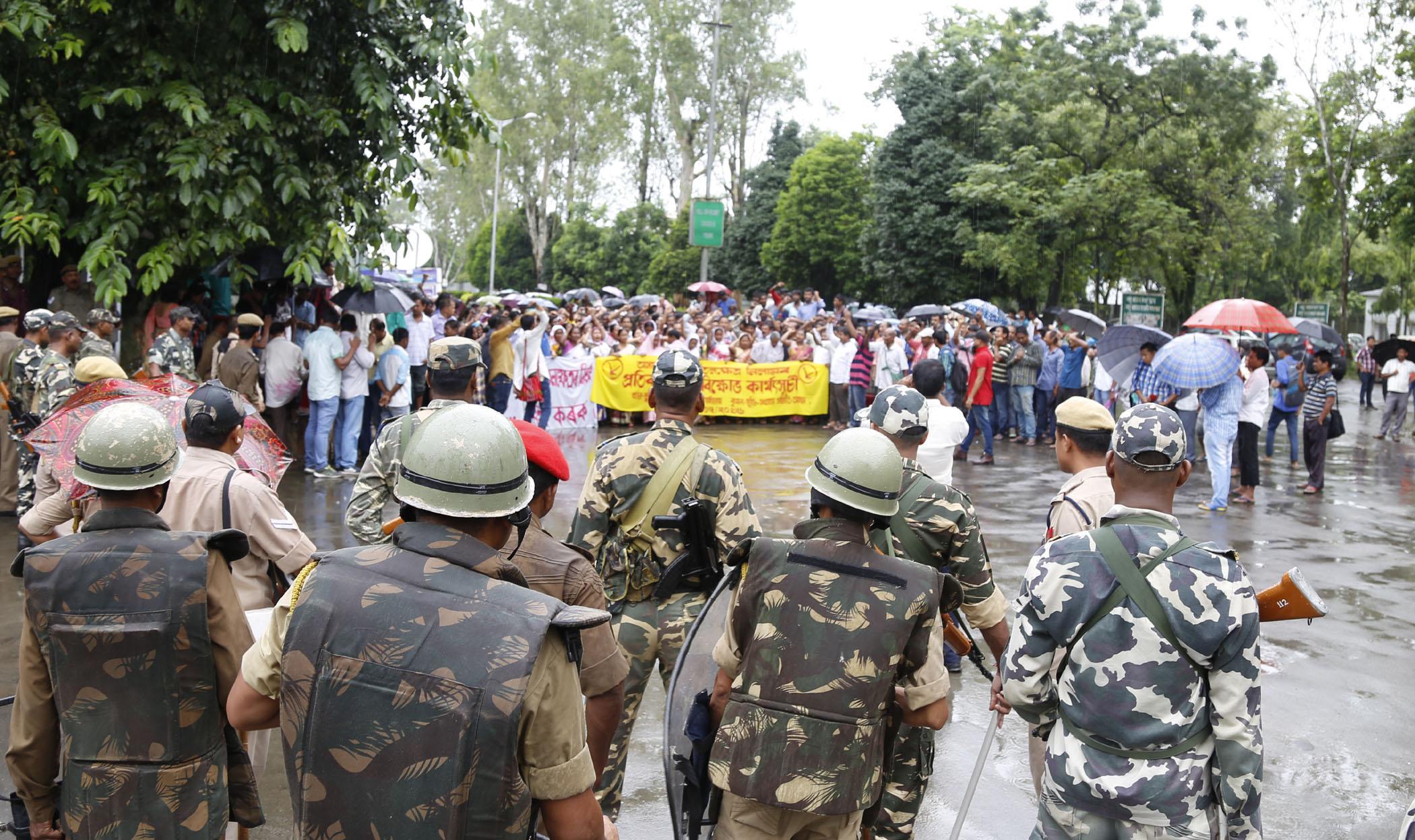 Thousands of KMSS activists hit the streets in Duliajan with a huge protest against the move to auction 12 marginal oilfields in Assam on Friday.

Defying incessant rains KMSS leader Akhil Gogoi and thousands of his protesters thronged at the Bihutoli and then they marched towards the OIL headquarters where they staged the dharna for more than two hours.

Gogoi warned the government of dire consequences if the Centre refuses to halt. “We will further intensify the protest. We won’t allow the lucrative oilfields to be auctioned. We are ready to face any eventuality,” said Gogoi.

KMSS is set to launch similar protests in some other places across the state saying that the Centre has no right to downplay the sentiments of Assam and its people.

18 Mar 2012 - 4:36am | editor
The much-hyped NRC update process is expected to begin from July. The exercise is set to take place in two in three phase from Sadiya. This was disclosed during a meeting of the ministerial...