Voice of protest in Duliajan 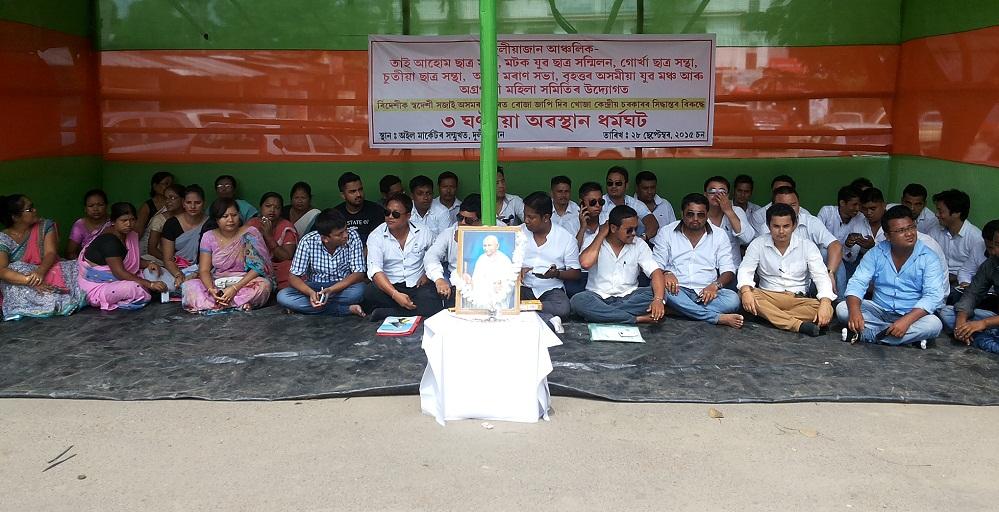 Seven ethnic organizations staged dharna in Duliajan on Monday in protest against the Centre’s move on Bangladeshi intruders.Hundreds of protesters thronged the Oil Market and started staging the three hour long dharna alleging that it would make Assam a safe den of immigrants.

Talking to Assam Times, Mintu Borpatra Gohain from the Muttock Yuva Chatra Sanmloni leaders said,” we won’t allow it to happen. If need be, we are well prepared for a massive agitation.”

6 Feb 2016 - 6:37pm | Shajid Khan
The Udalguri district committee of All Bathou Mahasabha is going to celebrate its four-day silver jubilee programme at Sonaisri Fwthar at Harisinga in Udalguri district from February 6 with ‘reform,...