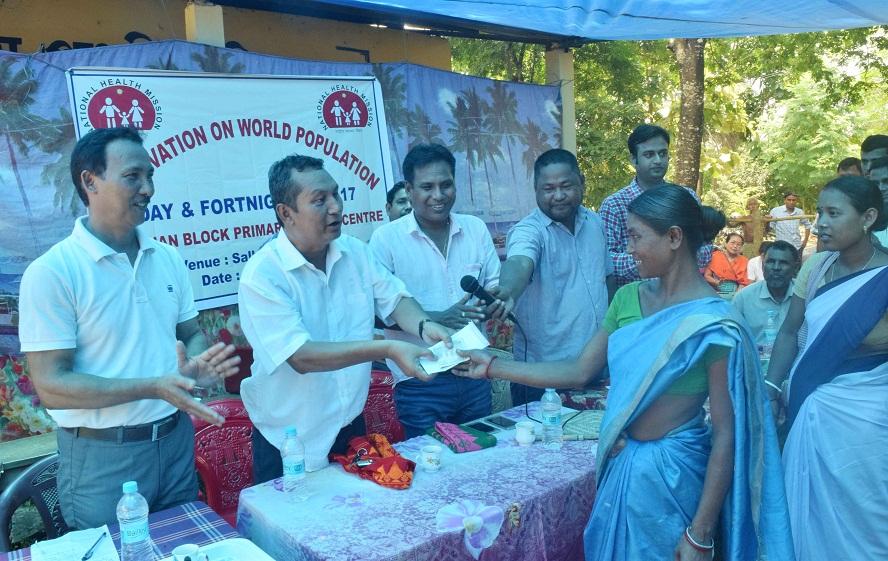 An awareness programme on World Population was organised at Salbari LP school under Balajan block primary health centre in Kokrajhar district on Saturday.

Hundreds of citizen and villagers from Salbari village participated in the progamme,was organised by Balajan Block Primary Health Centre to create awareness about population growth and its impact among society.

Dr. N Boro while addressing the programme said that it was an advantage awareness’ progamme on world population to bringing awareness among the common masses in remote areas. He said that India is second largest population in the world,of which China is first, but if India continue its birth rate, population of India would be crossed China in days to coming. Boro asserted that Indias’ growth rate has been becoming higher due to early marriage, lack of family planning, lack of education, low exposure of wife. He also urged citizens decrease high rate growth of population and proceed for family planning in proper manner.

20 Sep 2015 - 11:53am | Hantigiri Narzary
Lakhs of people from different organsiations thronged the grand mass gathering organised by All Bodo Students Union ( ABSU)  to demand of separate Bodoland state on Sunday at Kajalgaon Rural...