Veteran Congressman and former chief minister Dr Bhumidhar Barman is undergoing treatment at GNRC hospital after he was rushed to it following complaints of breathing difficulties and heart ailment. Doctors said that Dr Barman is in stable condition. A team of GNRC is attending on the doctor-turned politician. 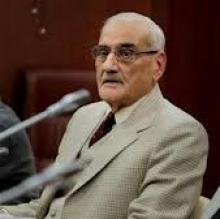 16 May 2014 - 10:56am | Rajiv Roy
As the date approached to implement the Majithia Wage Board (MWB) recommendations that speak about pay hike for journalists and non-journalists for newspapers and news agencies w.e.f. April 1, 2014...

29 Aug 2012 - 11:48pm | Dibya J Borthakur
The Raha Press Club, on Wednesday condemned in strongest words the attack on journalists at Barpeta, Tezpur, Goalpara and Sibsagar during the bandh called by All Assam Minority Students’ Union...