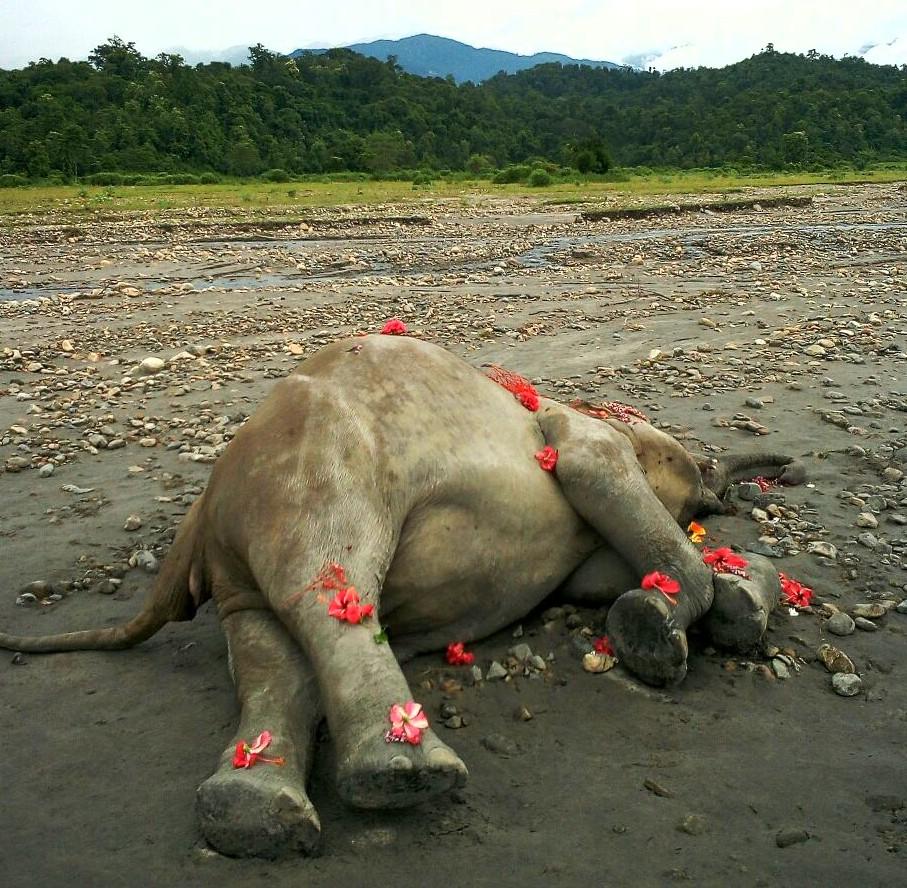 The carcass of a twelve years old wild elephant (Makhna)found this morning on the bed of Samrang river near India-Bhutan international border.It has caused concern among nature loving people of the district.Eye witnesses said the elephant could have been poisoned somewhere else the previous night.Frequent deaths of wild elephants have now been a serious concern in the district.Udalguri District Journalists Union and Green Society,Udalguri expressed concern at the incident and request forest department to take appropriate action.