Goodricke to create man made forest for wild animals 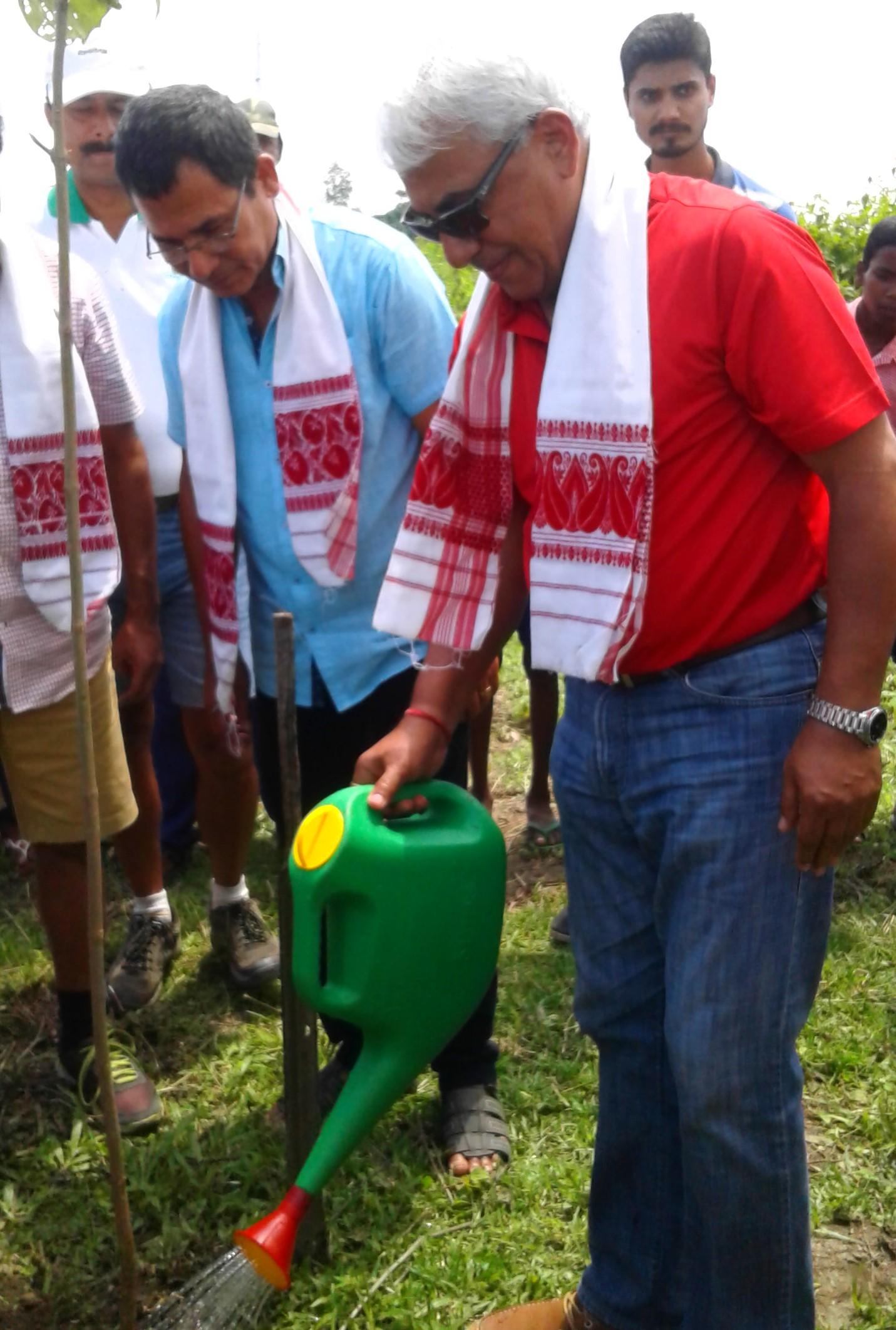 In an effort to check climate change and restoration of forests for wild animals and birds near India-Bhutan border area,Goodricke Group has taken up massive plantation programme of creating a man made forest in an area of 13.17 HEC near Orangajuli and Nonaipara tea gardens in Udalguri district.AN Singh,Managing Director, Goodricke Group (Kolkata) attended the ceremony as the chief guest on June 1 at 1 pm.He formally inaugurated the plantation programme by planting a sapling at the site.Speaking to attending children and students he requested all to take special care of a tree sapling by each as own brother or sister.Assuring children and people he said that Goodricke would do best to convert the barren plot of land to a new man made forest to give shelter wild animals and birds with drinking water spots for them. Referring specially to man-elephant conflict in Udalguri district,he said that two tea gardents under Goodricke in Udalguri,namely Nonaipara and Orangajuli, had not been suffering much by wild elephants as they had been maintaining a six km long elephant corridor from Bhutan border to plains of Assam through Nonaipara and Orangajuli tea gardens.The wild herds could move through the corridors undisturbed.Talat Ahmed,Senior Manager,Orangajuli TE also planted a sapling on the occasion.Other distinguished guests present were-Welfare Officers-Atanu Sil and Gokul Kumar;senior journalists-Jayanta Kumar Das,Narayan Deka,Ujjal Das;Robin Gowala, president district AASAA;Dilip Tanti,president,district ATTSA;Bachan Karmakar,president Orangajuli VCDC etc. More than hundred school children fron Orangajuli TE LP School took part in plantation programme under the guidance of Bikram Pradhan and Susmita Tanti.

1 Feb 2014 - 12:25pm | AT News
Opposition consensus candidate for the upcoming Rajya Sabha polls Haidor Hussain accused Congress of trying to kidnap a section of opposition legislators to ensure win in the polls slated for...

9 Jul 2013 - 11:24pm | AT News
Chief Minister Tarun Gogoi congratulated boxer Shiva Thapa for becoming the youngest pugilist from the country to clinch a gold medal at the Asian Boxing Championships in Amman, Jordan.In a statement...