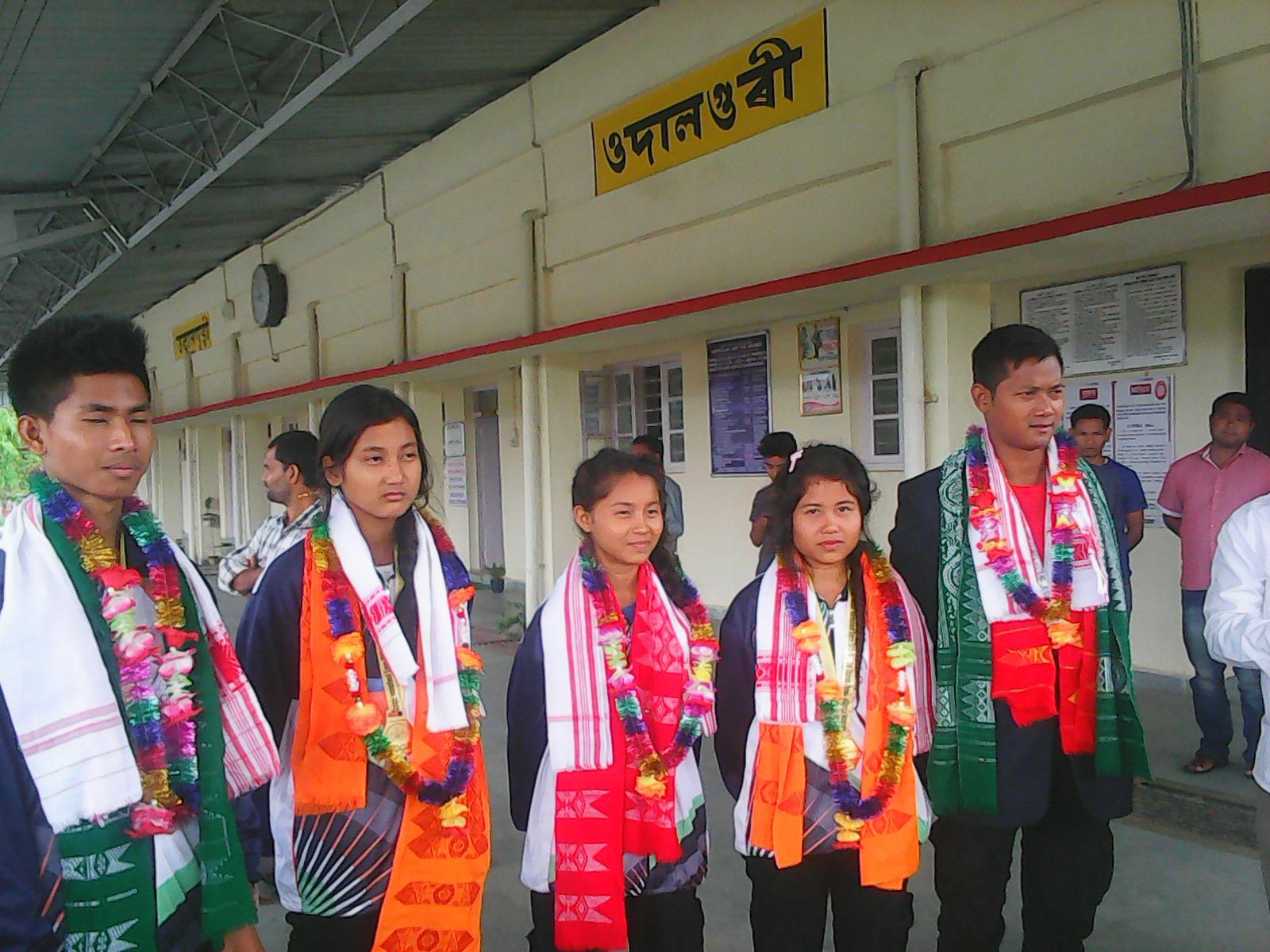 People of Udalguri have much to rejoice with the good news of winning 4 gold and 1 silver by 3 girls and two boys from Udalguri representaing India in the first ever international event of Wushu held in Colombo in Sri Lanka from April 16 to April 18. The five member team participated in the 2nd Students’ Olympic International Martial Art event and clinched four gold and one silver medal in the international event. The gold medal winners are- Shyam Mochahari, (male, under 19, weight 50 kg), Ejible Daimari (female, U-17, wt.48), Lucky Daimari (U-17, wt.40)

6 Sep 2015 - 11:30am | AT News
Cong ready for polls Congress is fully prepared for the assembly polls and it would retain power for the fourth consecutive term. State Congress president Anjan Dutta said it on Sunday when he...