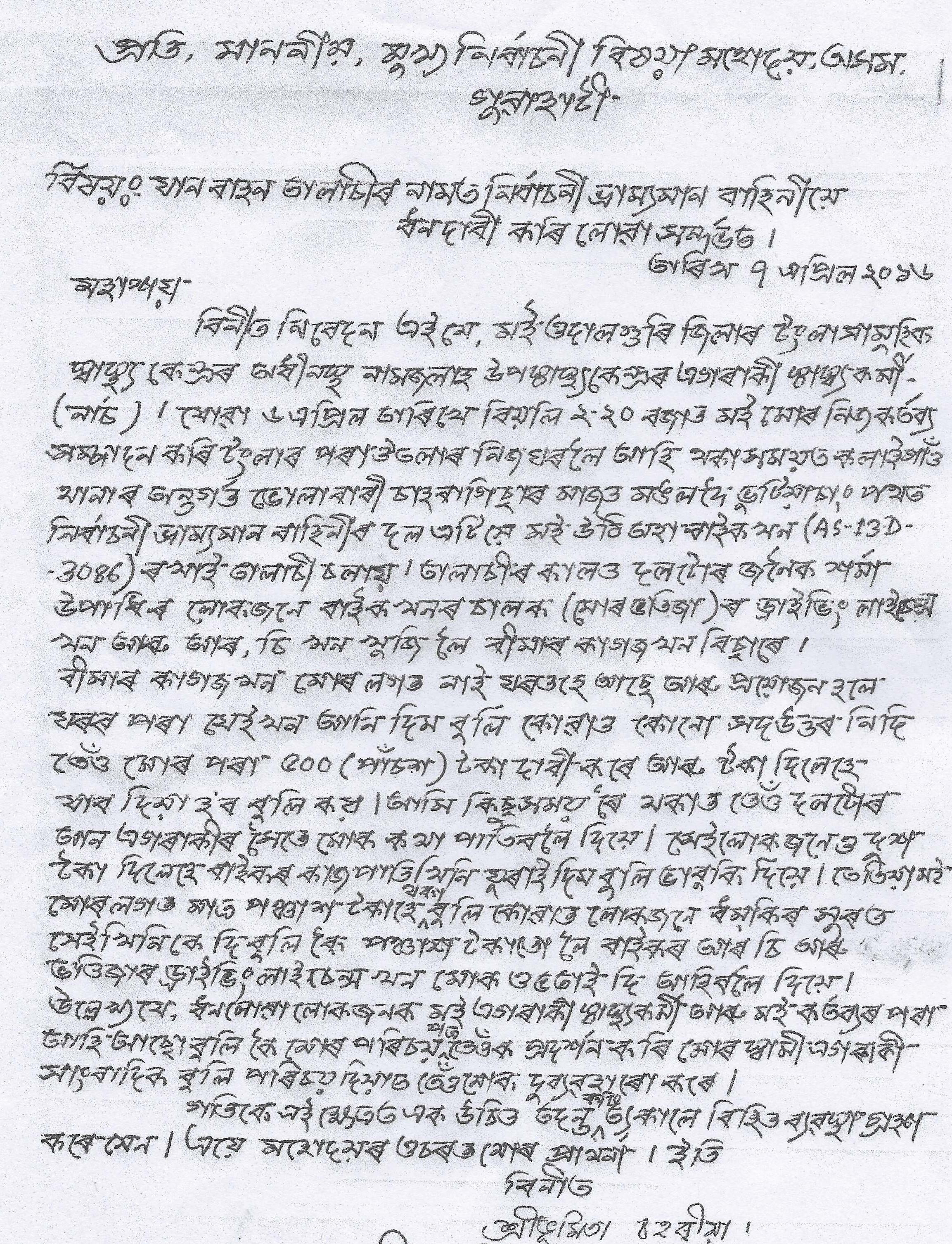 With second phase of Assam assembly poll due on April 11 in remaining constituencies of Assam,DEO,Darrang has taken up action against carrying of illegal cash and wine from vehicles plying in Darrang and parts in Udalguri. Surprisingly taking advantage of the vehicle checking a section of Darrang Flying Squad personnel have started harrashing people by demanding money from vehicle drivers or owners without in possession of driving licence,registration certificate or vehicle insurance papers.In such an indident,Election Flying Squad personnel of Darrang demanded an amount of rupees five hundred from one Mrs.Bhumita Saharia (government nurse)at Bholabari in 65 Kalaigaon LAC on April 6 at 2.30 pm for not possessing insurance cetifificate of the bike (Reg No.AS-13-D-3086). The lady alleged that even after relealing her identity the flying squad personnel misbehaved with her. The lady has filed complain to CEO,Assam demanding action against concerned Darrng Flying Squad personnels.

15 Feb 2016 - 11:11am | Suraj Gogoi
A university as an institution represents a responsible entity which should fight against any injustice in society. It cannot be a mute spectator to the unjust and violent events that unfold in...

22 Aug 2014 - 9:31am | AT News
Curfew reimposed in parts Golaghat on Friday after six hours of relaxation from 6 in the morning. People in the trouble torn district came out of their homes for shopping after three days of...