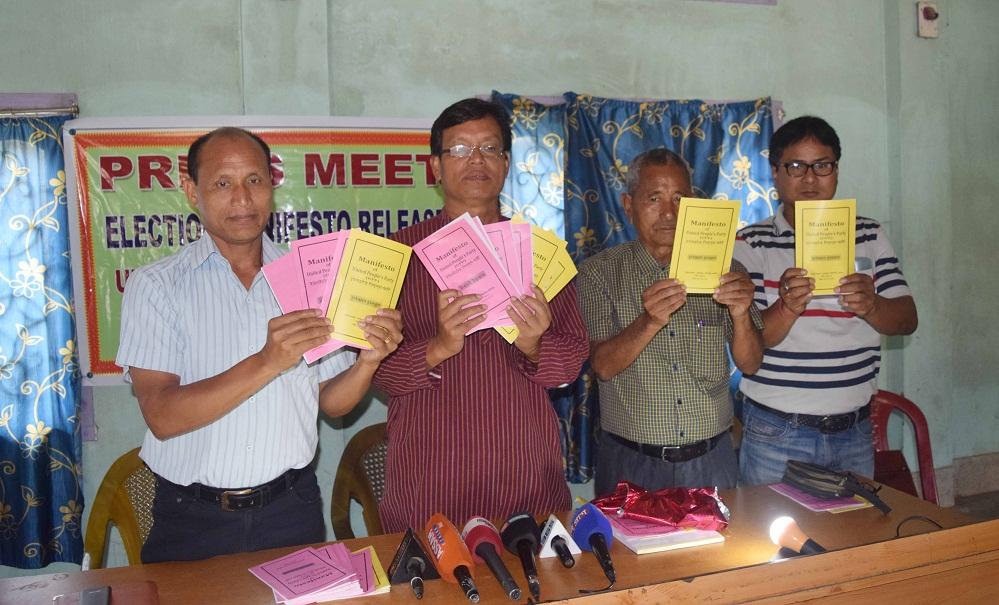 With just few days left to the scheduled assembly election, the United People’s Party (UPP) releases its election manifesto highlighting all round development, besides working for peace and tranquility in the region and solving the insurgency problems by pressuring the government to hold talks with insurgency groups like NDFB, ULFA etc.

Former Rajya Sabha MP and UPP president, who is also 29-Kokrajhar west LAC candidature Urkhao Gwra Brahma, released the manifesto at the party steering committee office in Kokrajhar on Wednesday which has been promises of all round development besides working for peace and tranquility in the region.

Several social issues including women issues also find important place in the manifesto. The party has been put several promises of setting up of Women Development authority, special scholarship for girls students, 33% reservation in security force job, equal reservation in VCDC and 24X7 helpline. It also promises of strong act against the witch hunting by mean of Assam witch hunting prohibition, prevention and protection Act, 2015.

It also said it will work towards solving the insurgency problems by pressuring the govt to hold talk with insurgency groups like NDFB, ULFA etc.

The other issues including of development board for various communities and satellite Gorkha Autonomous Council, Rabindra Bhavan in Kokrajhar, solving the D-voters issues, 6th scheduled to Rabha, Mising and Tiwa Council.

Expressing confidence of winning the election, Brahma said the election is for change and people will vote for a change. He criticized the BJP of double standard saying the BJP talks of change but in BTC it does not want change and went ahead by fogging an alliance with the BPF which is indulging in huge corruption in the 13 years rule in BTC. 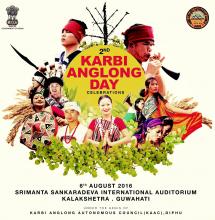 22 Jan 2008 - 9:36am | editor
More trouble brews in Biswanath following the killing of Naba Saikia by police saying him to be a hardcore ULFA militant on Friday morning which runs into a hail of protest from the local people....