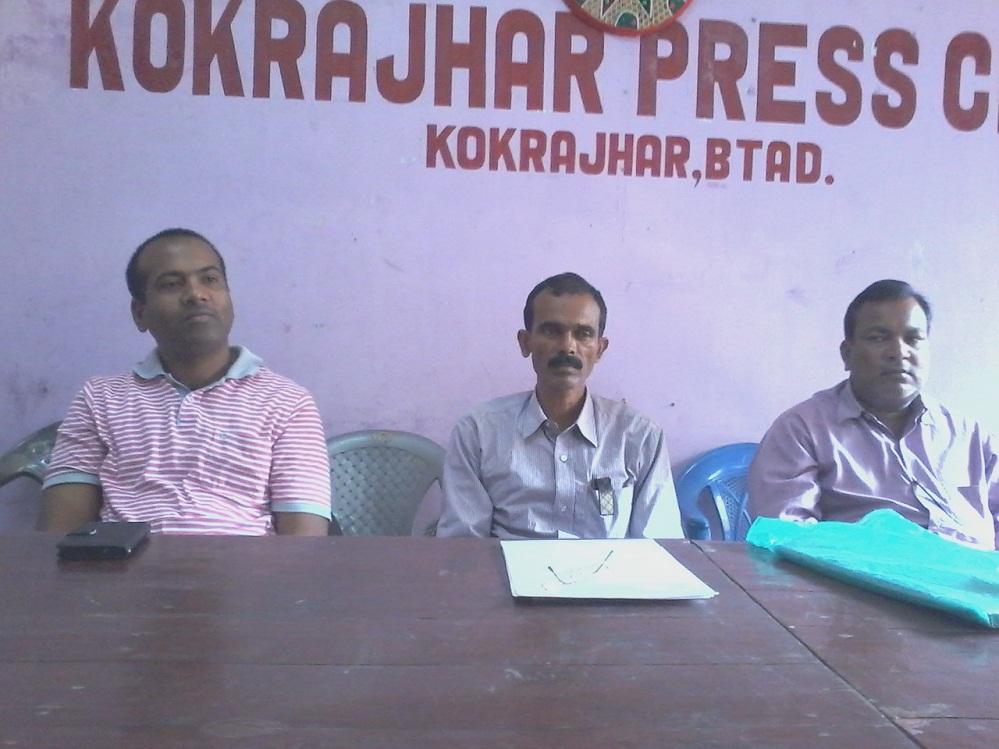 The parishad leaders hold meeting with BTC chief Hagrama Mohilary on Tuesday at Bodoland Guest House in Guwahati and submitted a memorandum of seven points of charter of demands which included welfare of the Hindibashi peoples in the region.

Speaking the reporters on Wednesday at Kokrajhar Press Club, Shekhar Yadav, president and Ram Niwas Kumar, secretary of the parishad said that the parishad placed a memorandum to the BTC chief Hagrama Mohilary, who is also BPF president.

'We discussed on various issues of the community welfare to fulfill the demands', Yadav said.

They told that Mohilary had heard and kind attention to the issue and demands of the community and assured to implement the demands in phase wise manner in coming days.

The demands included chhat puja centre be constructed at all puja venues, Hindibashi development council be implemented through prooer execution, constructions of Bibha bhawan and hostels for Hindibashi community, educated unemployee youth be engaged in jobs, construction of road and electrification in the Hindibashi villages in the region.

The parishad leaders urged the Hindibashi voters to vote for the BPF party in the election, who was working on all round development and social integration for the citizens.