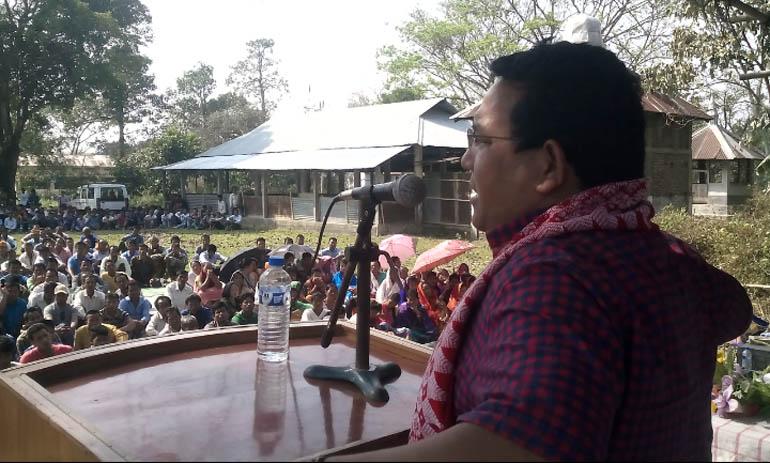 Talking to Assam Times, Boro said that "People is the king-maker in democracy and 3 crore population of state would determine which political party will come to power". He also said that, "For the sake of Bodo community UPP has united with ruling congress government. As the state congress government have looked after the issues of the community". Mentioning siting BPF MLA and former minister of state Rihon Daimari, Pramod Boro said Daimari has amassed huge wealth and have deceived the masses.

Gadkari to review Brahmaputra Board

26 Dec 2017 - 11:41am | AT News
Majuli,: Union Minister for Water Resources, River Development Nitin Gadkari will decide on the fate of the Brahmaputra Board as he would chair the review meeting with north eastern chief...

23 Nov 2012 - 4:00pm | Anup Biswas
The Dima Hasao BJP while opposing the attempt of Dima Hasao Autonomous Council to get its term extended appealed to the people of Dima Hasao irrespective of party affiliation to come forward to foil...