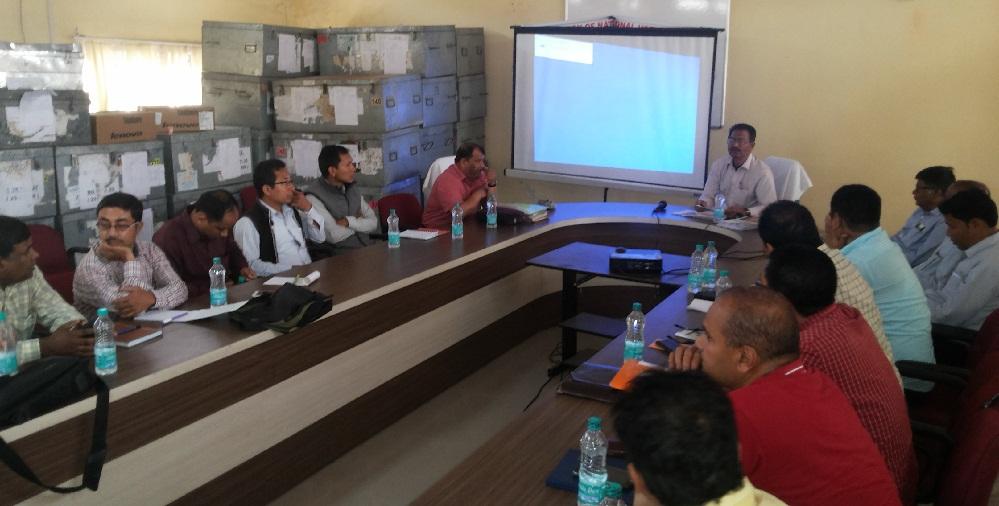 After the announcement of schedule for General Election to Assam  Assembly, the DC and DEO, Chirang Rupak Kumar Mazumdar, held a meeting with the representatives of all political parties for smooth conduct of election at 31 Sidli (ST) LAC in the conference hall of the DC's office at Kajalgaon on Monday.

The meeting was also attended by Sankar Brata Raimedhi, SP, Chirang, Dasarath Das, ADC, Dhrubajyati Das, AC and EO, Dipak Khanikar, AC, Manaj Saikia, Deputy SP, other officers along with representatives of  political parties. The DC briefed  on the procedures and formalities of election and MCC. He requested all the political parties to cooperate and also to comply with election Code of Conduct for free, fare and smooth conduct of ensuing Election in the district. He warned them against the use of loudspeakers from 10PM to 6AM, Govt properties for campaigning and meeting purposes. He restricted all from organizing rallies, processions and  meetings without having prior permision from the authority. He also took stock of the situation likely to be arisen during election from the observation of the political parties. As such, SP, Chirang assured to provide all out support concerning security during election.

The representatives of the political parties were also issued documents containing MCC and other instructions and advisories of ECI etc.

NHPC to go ahead with Gerukamukh project

17 Feb 2012 - 2:53am | editor
The anti dam protest is set to be more intensified when NHPC on Wednesday claimed to have received support from government to go ahead in Gerukamukh project. Talking to reporters in Dispur on...