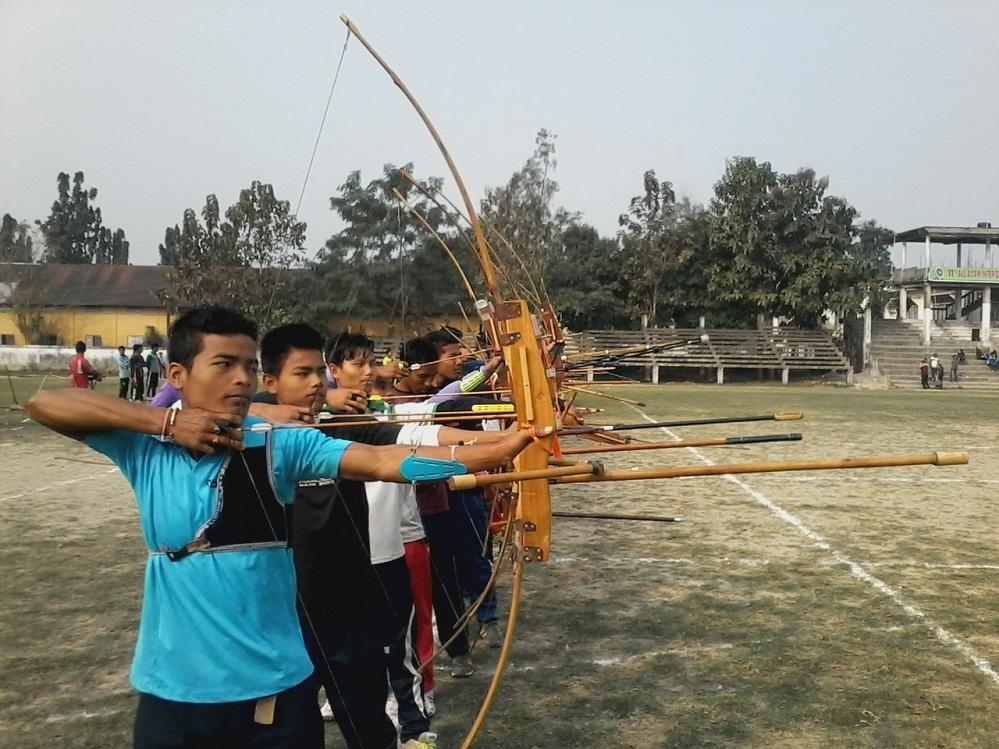 A two-day scheduled programme of the 11th All Assam Inter District Junior Archery Championship,2015 has gets underway from today at KDSA ground in Kokrajhar.

Nearly 100 participants from 15 districts of the state participating in the championship  and presented their excellency of of sports talents in Olympic Round and Indian Round category of competition performing 30 metre,40 metre and 70 metre for Distant Indian and Recurve Round.

Borgoyary,in his speech extended his best wishes towards successful of the championship which will encourage to create good sports personality  in the state.

Ajay Kumar Basumatary,vice-president of the Assam archery Association told that the championship has been organised for two-day programme scheduled in Kokrajhar.Neraly 100 participants from various districts of the state participated.He said that the championship will create good numbers of archers in the state and those who were to be selected for first,second and third position,they would be forwarded for nation level events in the country.

BTC excutive member Doneswar Goyary,Nabajyoti Basumatary,secretary of the association were prominent attendees in the inaugural function.

23 Apr 2017 - 8:40am | AT New Delhi
The All Assam Students Union is all set to hold its tripartite talks with Delhi and Dispur on April 25 to ensure a speedy implementation of the Assam Accord in letter and sound spirit. But the main...